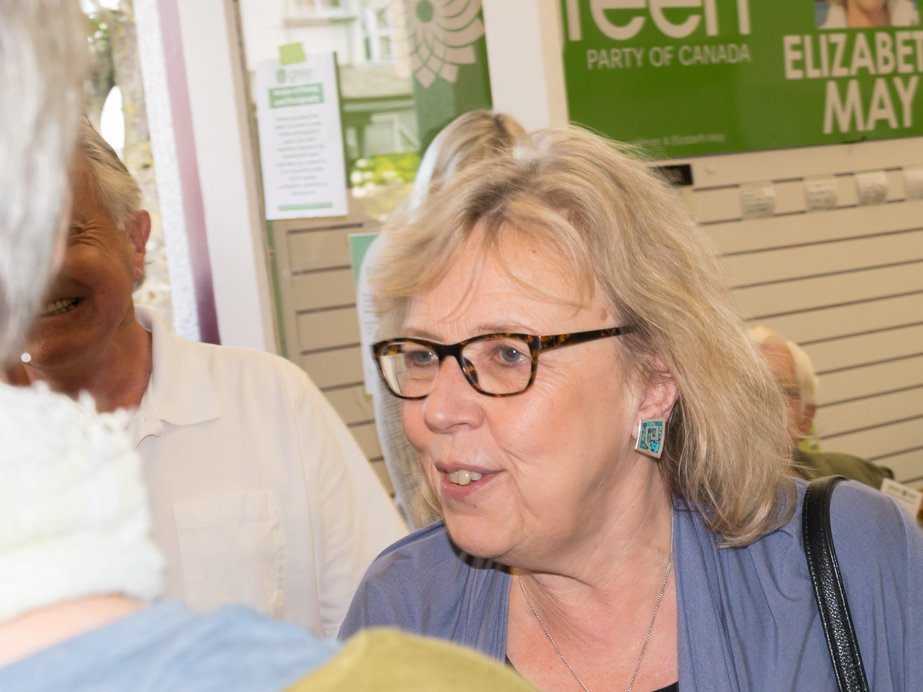 OTTAWA—With three months until Canadians vote in the next federal election, Green party leader Elizabeth May says her big hope for the final result is a minority government over which she can exert some influence.

In fact, May thinks that influence could even get the Conservatives to drop their dyed-in-the-wool opposition to carbon taxes if it means the difference for them between governing or spending more time in opposition.

“People change their minds when they see the dynamic of a way a Parliament is assembled and maybe think, ‘Killing carbon taxes isn’t such a good idea if the only way I get to be prime minister is by keeping them,’ ” May says.

It would be unprecedented for the Greens to hold the balance of power at the federal level but it has happened provincially. In British Columbia, the Greens’ three seats are keeping NDP Leader John Horgan’s minority government in office. In New Brunswick, the minority Tory government can turn to either the Greens or the righter-wing People’s Alliance for support on confidence votes.

In Prince Edward Island, the Greens formed the official Opposition after the spring vote, the best finish the party has ever had in a Canadian election.

Federally, May says she could support a minority government of any party but only if that party is serious about acting to stop climate change.

“We will negotiate with anyone, we will talk to everyone, but we won’t compromise on climate action,” she says.

On a multi-city, pre-campaign tour of the country that began last winter, May was found last week bumping along rural roads in Ontario south of Barrie, Ont., driven around in a Tesla owned by a local party volunteer. She won’t call the events Green party rallies—they are “community matters” meetings, even though in almost the next breath she talks about how cool it is to be greeted by throngs of people waving Green signs and shouting “We love you, Elizabeth!”

Those greetings are new to her, even though this is the fourth national campaign for the 65-year-old, who in 2011 became the first Green MP elected in Canada.

She says this campaign feels very different, with a “groundswell” of support, and she is holding out hope this one won’t end with Green backing collapsing on voting day as Canadians turn to parties with better chances of winning.

Nik Nanos, founder of Nanos Research, says that is always a risk, even though the Greens are polling better than ever.

“The challenge for the Greens is that they might be a safe haven for disgruntled progressive Liberals and NDP voters,” he says. “If there is the chance of a Conservative win, Green support, even with the goodwill for the party and the leader, may swing back to the Liberals to block a Conservative win.”

Nanos says the “best scenario” for May and the Green party is that Canadians don’t think anyone will form a majority and they want more Greens in the House of Commons.

May doesn’t say it quite as directly.

“I think it’s really important to communicate with Canadians how our democracy works and that a minority Parliament is the very best thing, if, and this is a big if, you have parties and MPs in Parliament who are committed to working together,” she says.

And by “working together” she specifically means to slow climate change with policies that drastically reduce greenhouse-gas emissions, don’t build any more oil pipelines and replace fossil fuels with renewable energy as fast as possible.

But even within her own party, there is a dispute erupting about how fast that can happen.

The head of Quebec’s Green party, Alex Tyrrell, launched a petition about three weeks that has drawn signatures of provincial and federal Greens, including several whose names will be on the ballot for the party in October. That petition says May’s plan to continue to use Canadian oil for years, and even invest in upgraders so bitumen from Alberta’s oilsands can be turned into gasoline at Canadian refineries, is nowhere near the aggressive climate action needed.

Tyrrell says he will still vote for the federal Greens this fall but he is disappointed in May’s position.

May dismisses Tyrrell’s criticism entirely and denies any of the petition’s backers are running for the federal party—although she is wrong about that.

Cass Romyn, who is the Green candidate in the Edmonton-area riding of Sturgeon River-Parkland, signed it. Romyn says not to read too much into the petition, though, saying the Greens are a true democracy and differences of opinion are not a bad thing.

Romyn also says that with more Canadians feeling the heat of climate change in their own backyards, the growing interest in the Green party should not be surprising.