In a discovery that could help jump-start the hydrogen economy, a team of physicists at the University of Houston have found a catalyst that can divide water using low-cost materials 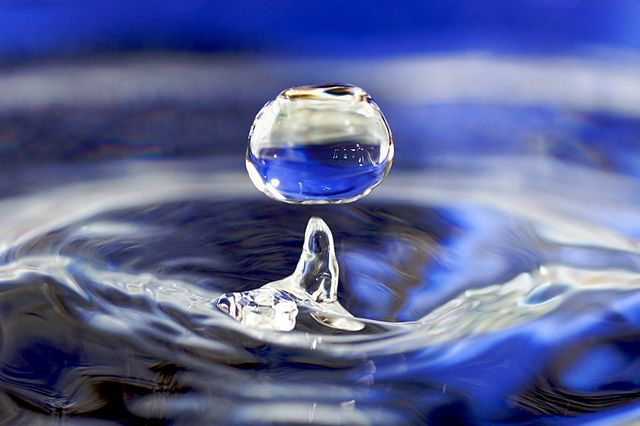 Water could provide essentially limitless reserves of hydrogen if it could be split in a cost-effective manner that doesn’t generate emissions. PHOTO: José Manuel Suárez/Wikimedia Commons

HOUSTON, Texas—Hydrogen gas may be an entirely clean-burning fuel, but without a cheap, efficient method for splitting water into its constituent parts, the much-touted energy source is unlikely to ever live up to the hype.

Last week, a team of U.S. researchers took a stride in the right direction, identifying a new catalyst capable of dividing water into hydrogen and oxygen far more efficiently than previous materials.

“Hydrogen is the cleanest primary energy source we have on earth,” said Paul Chu, a physics professor and founding director of the Texas Center for Superconductivity at the University of Houston. “Water could be the most abundant source of hydrogen if one could separate the hydrogen from its strong bond with oxygen in the water by using a catalyst.”

Chu, along with several colleagues at the U.S. research centre say their newly-discovered catalyst does just this—and does it cheaply—potentially clearing one of the hurdles splitting water to produce hydrogen gas.

The researchers published their findings in the journal Proceedings of the National Academy of Sciences last week.

Zhifeng Ren, the paper’s lead author and physics professor at the University of Houston, said unlike existing catalysts, the new catalyst is cheap and relatively long-lasting.

“Cost-wise, it is much lower and performance-wise, much better,” he said. “The catalyst also is durable, operating more than 20 hours and 10,000 cycles in testing.”

“Some catalysts are outstanding but are only stable for one or two hours,” Ren added. “That’s no use.”

Currently, most hydrogen gas is produced using a process known as natural gas reforming. But because this method generates greenhouse gas emissions, it offsets some the environmental benefits of using hydrogen as a fuel.

Developing an effective catalyst for water splitting could largely eliminate these greenhouse gases from the equation, as well as lower the cost of the process by using water instead of natural gas as the source of hydrogen.

The researchers’ new catalyst is composed of ferrous metaphosphate and grown on a conductive nickel foam platform.

It targets the oxygen evolution reaction (OER)—one component of the water splitting process—and is made up of relatively low-cost, abundant elements. The Texas-based team says it performs better than current noble metal electrocatalysts, such as a “state-of-the-art” iridium oxide catalyst. In the paper’s abstract they note the new catalyst boosts water oxidation relative to an IrO2 catalyst by a factor of 49.

“It is one of the most active [oxygen evolution reaction] catalysts reported thus far that satisfies the criteria for large-scale commercialization of water–alkali electrolyzers,” the researchers wrote in the abstract.

Shuo Chen, another of the paper’s authors and an investigator at the Texas Center for Superconductivity, said the discovery may lead to a cheaper way to produce hydrogen through water electrolysis—a breakthrough that could help jump-start the hydrogen economy.

Nevertheless, even if researchers can develop a cost-effective process for splitting water, hydrogen still faces a significant number of challenges, including a lack of infrastructure and the reality that any method to produce hydrogen gas requires more energy than the hydrogen fuel can generate later. For this reason, Hydrogen advocates are looking to use energy from renewable wind and solar projects to produce and store surplus energy using hydrogen gas.