Producing green hydrogen through the exposure of nanomaterials to sunlight 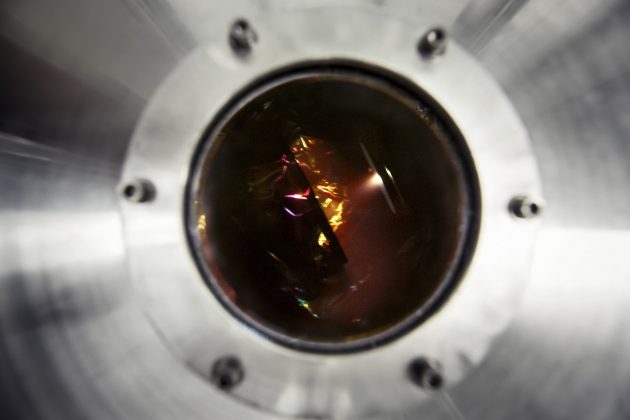 MONTREAL and VARENNES, Que. — A research team from the Institut national de la recherche scientifique (INRS) has joined forces with French researchers from the Institute of Chemistry and Processes for Energy, Environment and Health (ICPEES), a CNRS-University of Strasbourg joint research lab, to pave the way towards the production of green hydrogen. The team has developed new sunlight-photosensitive-nanostructured electrodes.

Hydrogen is being considered by several countries of the Organization for Economic Co-operation and Development (OECD) as a key player in the transition towards decarbonized industries and sectors. According to the INRS Professor My Ali El Khakani, Quebec could strategically position itself in this energy sector of the future. “Thanks to high-performance nanomaterials, we can improve the efficiency of water dissociation to produce hydrogen. This “clean” fuel is becoming increasingly important for the decarbonization of the heavy-duty trucking and public transportation. For example, buses using hydrogen as a fuel are already in operation in several European countries and in China. These buses emit water instead of greenhouse gases.”

Splitting water molecules into oxygen and hydrogen has long been done by electrolysis. However, industrial electrolyzers are very energy-intensive and require large investments. The INRS and ICPEES researchers were rather inspired by photosynthesis. Indeed, they have developed specially engineered and structured electrodes that split water molecules under the sun’s light. This is a process known as photocatalysis.

For maximum use of solar energy, the research teams have selected a very abundant and chemically stable material: titanium dioxide (TiO2). TiO2 is a semiconductor known for being photosensitive to UV-light, which accounts only for 5% of the solar irradiance. Researchers have used their expertise in the field to first change the atomic composition of TiO2 and extend its photosensitivity to visible light. They were able to produce electrodes that can absorb up to 50% of the light emitted by the sun.

The researchers have then proceeded with the nanostructuration of the electrode to form a network of TiO2 nanotubes that resembles a beehive-like structure. This method multiplied the effective surface area of the electrode by a factor of 100,000 or more.

The final step of the electrode elaboration is their “nanodecoration”. This process consists of depositing catalyst nanoparticles on the otherwise infinite network of TiO2 nanotubes to increase their efficiency of hydrogen production. To achieve this nanodecoration step, the researchers used the laser ablation deposition technique, a field where Professor El Khakani has developed a unique expertise over the last 25 years. The challenge was not only to control the size, dispersion and anchorage of catalyst nanoparticles on the TiO2 nanotube matrix, but also to find alternatives to the costly iridium and platinum classical catalysts.

This research identified cobalt oxide (CoO), a material that is quite available in Quebec’s underground, as effective co-catalysts for splitting water molecules. A comparison of the two materials showed that CoO nanoparticles enabled a tenfold increase the photocatalytic efficiency of these new nanodecorated electrodes under visible light compared to bare nanotubes.