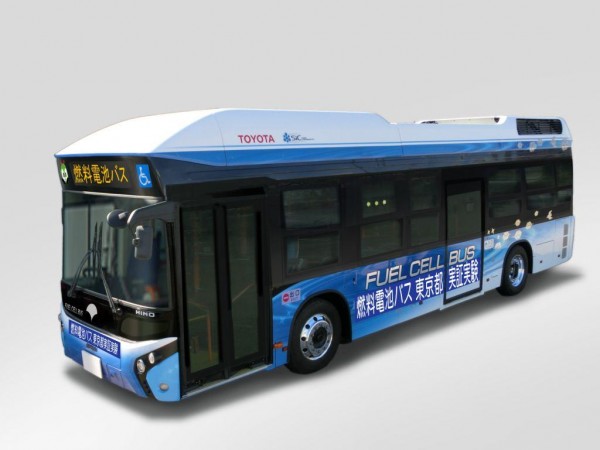 “While public transport undoubtedly has considerable environmental benefits, most public transport networks run off public power grids or consist of gasoline or diesel burning vehicles,” Toyota said in a statement. “Shifting only a fraction of these networks over to zero-emission fuel cells could significantly reduce overall vehicle emissions.”

Using a fuel cell developed by Toyota for use in its Mirai hydrogen cell sedan, which generates electricity from the chemical reaction between hydrogen stored in an onboard fuel cell and airborne oxygen, as well as a Hino hybrid bus, the two companies hope to make the dream of a hydrogen economy a reality.

Toyota says the design of the bus has been optimized for increased power output and features two fuel cell stacks and motors alongside eight high-pressure hydrogen tanks.

Toyota and Hino expect zero-emission fuel cell buses to become a means of transport that will contribute to the realization of a future hydrogen-based society, and the two companies hope to accelerate the development and commercialization of the bus through the Tokyo tests.