The sedan emits just water and can travel 500 kilometres on a single tank, outdistancing its battery electric rivals 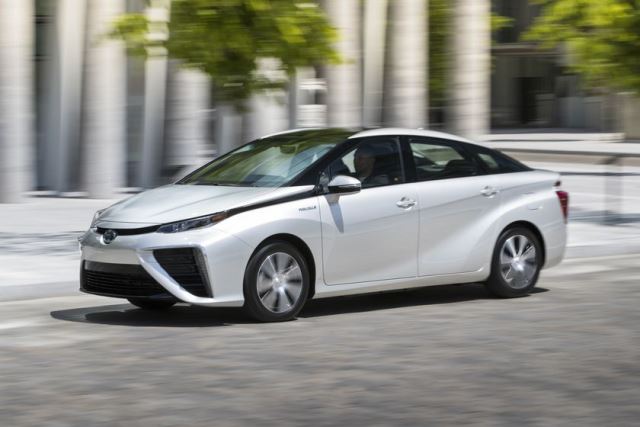 The four-door sedan’s electric motor delivers 151 peak horsepower and up to up to 247 lb-ft of torque. PHOTO: Toyota

MONTREAL—Canadian car buyers in the market for a zero-emissions vehicle are about to have one more option—and this one is quite unlike the others.

As battery electrics continue their slow and steady disruption of the internal combustion engine’s century-long reign over the auto industry, Toyota has announced plans to start selling its hydrogen-powered Mirai in Canada starting this year.

The rollout will begin in Quebec, the Japanese automaker said Jan. 18, taking advantage of the province’s vast reserves of cheap hydroelectric power.

“We feel the time is right to put Mirai on the road in the province,” said Martin Gilbert, director of Sales Planning and Innovation for Toyota Canada, adding that the company has worked closely with the Quebec government and other key stakeholders to lay the groundwork for the Mirai’s arrival.

Like other fuel cell vehicles, the Mirai emits just water through its tailpipe and uses the power generated by a chemical reaction between hydrogen and oxygen in its fuel cell stack to run an electric motor. The motor delivers 151 peak horsepower and up to up to 247 lb-ft of torque. 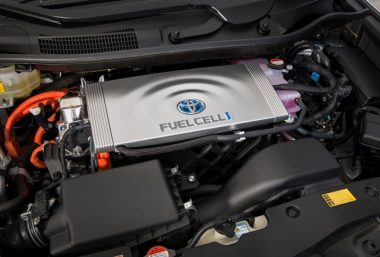 The Japanese automaker is not the first to sell a fuel cell vehicle in Canada—that distinction goes to Hyundai, which shipped its first Tuscon fuel cell vehicle into the country in 2015. Still, the arrival of Toyota’s four-door sedan could prompt a long-awaited emergence of fuel cell vehicles as Canadians embrace its 500-kilometre range, quick refuelling times and consistent performance in both hot and cold weather.

Of course, they may also take one look at the number of hydrogen refuelling stations in the country and keep a firm grip on their chequebook instead.

A lack of infrastructure has hindered the expansion of fuel cell vehicles from day one. Unlike electric charging stations that can be more easily installed by simply tapping into the electricity grid, hydrogen stations must be purpose-built.

They also require a supply of hydrogen gas.

As far as Quebec goes, Toyota says it has teamed up with the government and other provincial partners to ensure it has the proper fuelling stations in place. The company and province struck a deal to collaborate on hydrogen infrastructure last year.

Toyota said the Mirai will go on sale later this year, but did not disclose the date.

For now, Quebecers attending the 2018 Montreal International Auto Show, which kicks off tomorrow, will be the first to get behind the wheel of the new vehicle.