Some 5,900 fuel cell vehicle patents will be made available to industry by Toyota royalty-free 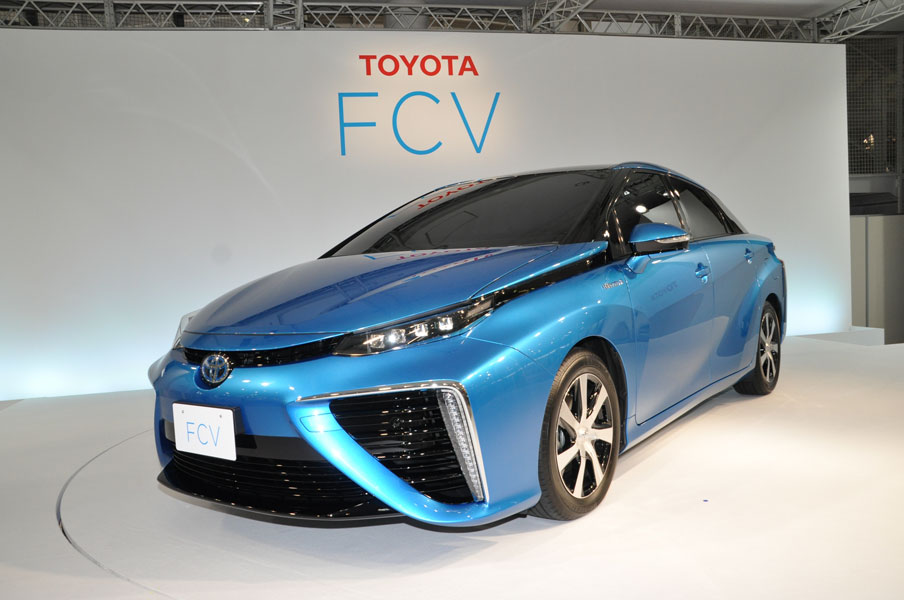 LAS VEGAS—Toyota Motor Corp. has announced it is making thousands of hydrogen fuel cell patents available to the industry royalty-free in an attempt to encourage further development of the technology.

Announced at the 2015 Consumer Electronics Show (CES) in Las Vegas, Toyota said it will offer 5,860 patents it holds, including those used in the development of its recently announced Mirai concept, royalty-free.

“The first generation hydrogen fuel cell vehicles, launched between 2015 and 2020, will be critical, requiring a concerted effort and unconventional collaboration between automakers, government regulators, academia and energy providers,” Toyota said in a statement.

“By eliminating traditional corporate boundaries, Toyota can speed the development of new technologies and move into the future of mobility more quickly, effectively and economically.”

This marks the first time Toyota has made its patents available free of charge.

The hydrogen fuel cell patents will be made available to automakers who will produce and sell fuel cell vehicles, as well as to fuel cell parts suppliers and energy companies who establish and operate fueling stations.

The patents will be available through the initial market introduction period, which is anticipated to last until 2020.

Companies working to develop fuel cell buses and industrial equipment, such as forklifts, are also covered

Toyota said it will evaluate requests from firms looking to adapt fuel cell technology outside of the transportation sector on a case-by-case basis.

Patents for hydrogen production and supply will remain open for an unlimited duration.

As part of licencing agreements, Toyota will request, but will not require, that other companies share their fuel cell-related patents with Toyota for similar royalty-free use.

Additional details, including licencing terms and the application process, will be announced in the coming weeks.