Ontario to get first public hydrogen fueling stations as feds shell out $1.6M 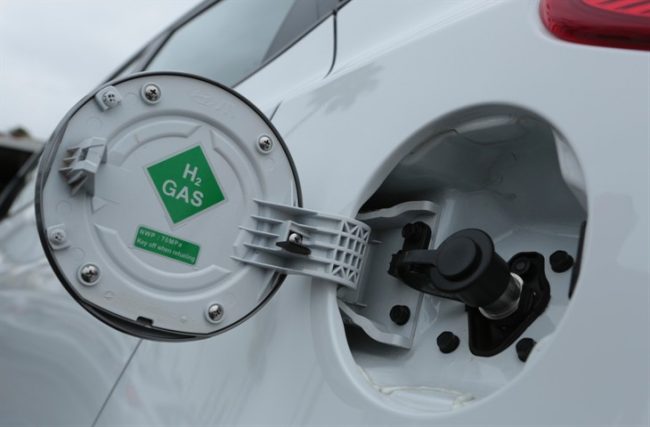 MISSISSAUGA, Ont.—Forget that pre-ordered Tesla—Ontario will soon get its first hydrogen fueling stations open to the public.

Navdeep Bains, Canada’s minister of Innovation, Science and Economic Development, was at hydrogen fuel cell firm Hydrogenics Corp. in the Toronto suburbs April 6 to award a $1.6 million contract that will allow hydrogen vehicles to begins stalking the streets of Canada’s largest city.

The “beachhead” project will see a pair of hydrogen fueling stations built in the Toronto area, and according to Dan Brock, a spokesperson for the Canadian FCEV Coalition, could “open the door” for fuel cell electrics in Canada. 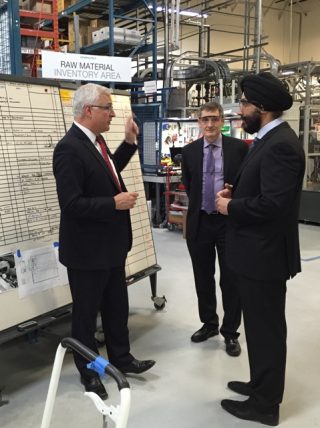 Minister of Innovation, Science and Economic Development Navdeep Bain made the announcement at Hydrogenics facility in Mississauga this week. PHOTO: Hydrogenics

“This is an important step toward supporting the introduction into Canada of zero-emission, hydrogen fuel-cell electric vehicles,” he said in a statement. “Today’s announcement underscores Canadian expertise and leadership in the use of hydrogen as a clean and safe transportation fuel.”

Though a number of major automakers, including Honda, Hyundai and Toyota have now introduced hydrogen vehicles, scarce infrastructure has limited their roll-out. In Canada, they’re all but non-existent, while in other markets, such as California, Japan and the U.K., they have begun to slowly gain ground.

The new Ontario fueling stations aim to give FCEVs a start in Canada’s most populous province.

“Having supplied hydrogen fueling equipment to more than 50 public and private fueling stations across the globe, it is particularly gratifying to deliver our expertise, with the support of NRCan, here at home,” Daryl Wilson, the company’s president and CEO, said in a statement.

With improved fuel economy for conventional gas vehicles and a surge in electric car sales, however, hydrogen vehicles are still facing an uphill battle. Along with the cost and environmental toll of producing hydrogen fuel, critics point to the severe lack of hydrogen infrastructure as a major impediment.

Take a closer look at the big issues with both clean vehicle technologies hereOn the other hand, a recent study found that a strong majority of auto industry insiders think FCEVs will be the technology to finally unseat the internal combustion engine—beating out battery electrics.

Still, the debate is far from settled—so you may want to hold off cancelling the Tesla.

Along with the $1.6 million in funding for the two new fueling stations, the federal government’s 2016 budget set aside approximately $15 million for 80 new EV charging stations, nine natural gas stations and a third hydrogen station.