Ford's Chinese growth strategy will be outlined at an event in Shanghai on Apr. 8, an event which will also feature the announced pricing of Ford's F-150 Raptor pickup, now available in China 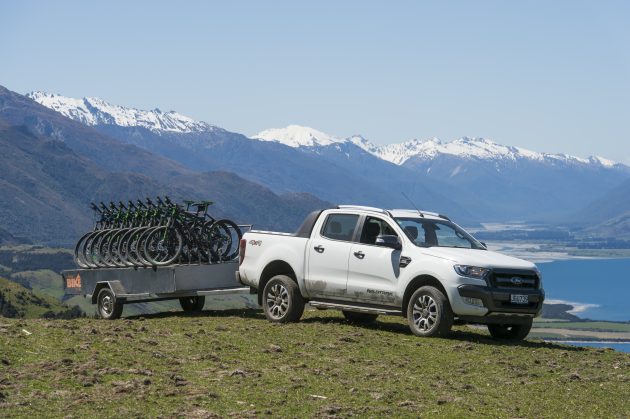 The Ford Ranger is the second best selling truck in it’s class outside North America, and it’s looking to make a splash in China. PHOTO: Ford

SHANGHAI—Ford plans to introduce its Ranger midsize pickup to China in 2018, as part of a larger growth strategy to bring the Built Ford Tough truck franchise to the country.

Ford’s Chinese growth strategy will be outlined at an event in Shanghai on Apr. 8, an event which will also feature the announced pricing of Ford’s F-150 Raptor pickup—now available in China.

While pickup trucks currently represent less than two percent of the market, China is already the fourth largest truck market in the world with 14 percent growth in 2016.

Ford’s market research found that Chinese attitudes towards pickup trucks, a type of vehicle traditionally perceived in the country as lacking modern comfort and features, have warmed in recent years. According to the motor company, new trucks with SUV-style comfort are now attracting Chinese consumers.

At the same time, China has been easing restrictions on pickup usage in city centers, which, according to Ford, is another factor driving growing interest in pickups.

“We’re very excited to bring Built Ford Tough, one of the world’s best loved and most successful brands, to customers in the world’s largest auto market,”said Mark Fields, Ford president and CEO.

The F-150 Raptor is the first truck from Ford’s popular F-Series to be exported to China.

“The F-150 Raptor has created a lot of buzz among Chinese customers since it was revealed for the first time last year and we are extremely excited to have it arriving in our showrooms in China, ready to be delivered to customers,” said Peter Fleet, vice president, Marketing, Sales and Service, Ford Asia Pacific.