Electric cars booming, but fuel cells expected to come out on top

Despite the growing popularity of battery electrics, a strong majority of auto executives expect hydrogen-powered vehicles to win out eventually 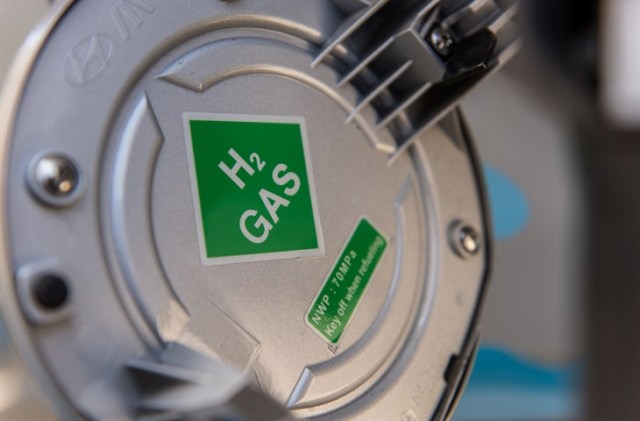 Honda, Hyundai and Toyota have all invested heavily in hydrogen technology and have already released fuel cell vehicles in North America. PHOTO: Hyundai

TORONTO—A decade ago, the number of battery electric vehicles on roads worldwide was a rounding error.

Today, there are well over a million, and before the decade is out, there could be more than 20 million.

BEVs have gone from prohibitively expensive to the mainstream in little more than 10 years, thanks largely to dramatically cheaper lithium-ion batteries and advantageous regulations. This year, battery electrics overtook connectivity and digitization as the top auto industry trend, according to a recent KPMG study.

But in spite of the remarkable progress, the automotive industry doesn’t view battery electric technology as the breakthrough that will finally disrupt the internal combustion engine’s 100-year reign. 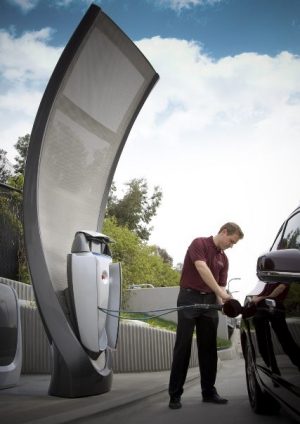 Auto execs think faster refueling will be one of the biggest draws of fuel cell vehicles. PHOTO: Honda

For that distinction, global auto insiders are looking to hydrogen.

The KPMG study surveyed nearly 1,000 top-level executives from vehicle manufacturers, suppliers and other auto industry businesses worldwide—and a strong majority (78 per cent) of them expect fuel cell electric vehicles to supplant BEVs as the “real breakthrough for electric mobility.”

It comes down to infrastructure, familiarity and range.

“The faith in FCEVs can be explained by the hope that FCEVs will solve the recharging and infrastructure issues BEVs face today,” the report says. “The refueling process can be done quickly at a traditional gas station, making recharging times of 25-45 minutes for BEVs seem unreasonable.”

In North America in particular, where typical electrical outlets only supply 120 volts, building new infrastructure is particularly troublesome, but would be necessary to speed up charging times.

“The most elemental challenge with batteries is that recharging times are significantly longer than refilling a conventional fuel tank and will prove to be an insuperable obstacle to mass acceptance of electric mobility,” the report notes.

In Canada and other cold-weather climates, BEVs face another major hurdle as well.

“If you hang around Winnipeg long enough at the corner of Portage and Main, it’s probably cold enough that your battery might lose its efficiency and it does so in cold weather,” said Peter Hatges, National Automotive Sector Leader for KPMG in Canada.

After several false starts, FCEV technology is in a similar position to battery electrics a few years ago. Several automakers—Honda, Hyundai and Toyota most notably—have released fuel cell vehicles, but they have yet to gain any significant market share.

And despite the auto industry optimism, fuel cells face infrastructure headwinds of their own.

So far, there are only a few dozen hydrogen refueling stations in Canada and the U.S. and most have been built to support demonstration projects as opposed to private FCEV cars. Hydrogen stations may already be able to get drivers back on the road more quickly than electric charging stations, but that does little to boost consumer confidence in fuel cell cars if fueling stations aren’t ubiquitous. For FCEVs to truly take hold, this lack of hydrogen infrastructure will need to change.

If they do manage to break through, Hatges said Canada’s fuel cell makers—such as Ballard Power Systems Inc. and Hydrogenics Corp.—will be poised to benefit.

Pointing to the industry’s reliance of parts suppliers, Hatges added that the big automakers “try not to re-invent the wheel” when other companies have the technology ready to go—something that could lead to big orders if FCEVs take off.

But there’s no denying it will be an uphill battle for fuel cells. Around the world, battery electrics have jumped out to a significant early lead.

In Canada, sales of electric and plug-in hybrid vehicles topped 11,000 last year for the first time, according to a report from EV telematics company FleetCarma. It pointed to Quebec, Ontario and B.C. as the country’s largest EV markets, with total Canadian sales up 56 per cent from 2015.

FCEVs have a long way to go to catch up to those sales figures, and according to industry execs, there are still a number of challenges to overcome before the technology reaches maturity. KPMG pointed to the cooling of hydrogen and its safe storage in vehicles as two other major obstacles.

Nevertheless, if auto industry insiders are any indication, the battle for clean vehicle supremacy may be just getting underway.