Tech giant 'rethinking' project that has long been an open secret in Silicon Valley; sources say company is now looking at software, not manufacturing 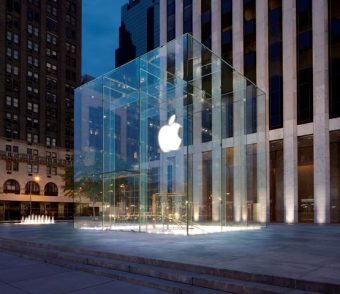 With an ongoing race to develop autonomous vehicles, the U.S. tech company’s self-driving car project has been an open secret in Silicon Valley for years. PHOTO: Apple

SAN FRANCISCO—Apple may not become an automaker, but it still wants to develop its own self-driving technology.

The iPhone-maker’s automotive project, long an open secret in Silicon Valley, is shifting to focus on creating the technology for an autonomous vehicle that doesn’t require a human driver. The new direction apparently doesn’t foreclose the possibility that Apple might someday build its own car, but it opens the door to partnering with other car companies.

The new emphasis was confirmed late last week by a person with knowledge of the project, after the New York Times reported that Apple is “rethinking” its automotive strategy. The person spoke on condition of anonymity because they weren’t authorized to discuss the project.

Apple had no official comment Friday and has consistently declined to confirm its automotive ambitions. But Elon Musk, the chief executive of electric-car maker Tesla, has said that Apple has hired hundreds of engineers, including some from Tesla, to work on an automotive project. Local officials in the San Francisco Bay Area say Apple contacted them last year about using a former naval base that’s been converted into an automotive testing ground.

More recently, the New York Times and Bloomberg News have reported that Apple’s initial efforts to design its own car have suffered from management turnover and technical delays. Industry experts say building a car is an incredibly complex challenge for any company, even one with the engineering prowess of Apple. Automobile manufacture also poses more regulatory and legal issues than building an iPhone or a computer.

But the tech industry has increasingly ventured into the automotive sector, where Apple, Google and other firms are competing to develop software that can help manage—at least—the information and entertainment systems inside today’s vehicles. Google has made no secret that it’s also working on self-driving technology, but says that it is more likely to partner with an established automaker.

Analysts say tech companies want to be involved in automobiles because they want people to keep using their products and services, even while driving. Meanwhile, most of the leading auto-makers have opened research labs in Silicon Valley, in part to work on the software and the physical systems—including sensors and other components—that are needed for autonomous driving.

Uber, the giant ride-sharing company, has also hired experts in robotics and has begun testing cars with self-driving capabilities.