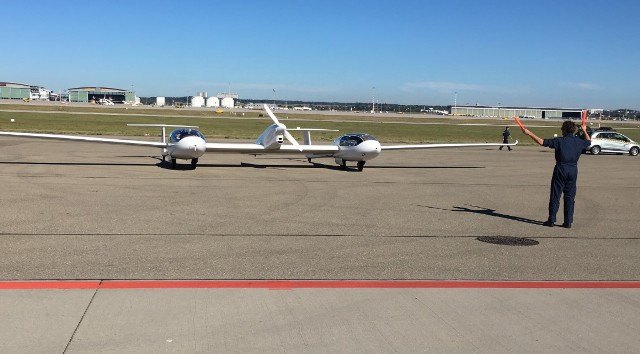 The dual cockpit plane took off on a 10-minute test flight Thursday, streaking into the sky almost silently. PHOTO: Pipistrel

It uses hydrogen to generate electricity in-flight, giving it a cruising speed of 165 kilometres per hour (102.5 mph) and a range of up to 1,500 kilometres (932 miles), while relying on batteries for take-off and landing. Powered by the hydrogen-electric system, the plane is nearly silent.

Boeing and Airbus have also tested smaller fuel cell planes in recent years as the aircraft industry searches for ways to reduce emissions.

The flight is the second major landmark for Mississauga, Ont.-based Hydrogenics’ technology this month. The company’s fuel cells also took to the rails in the world’s first hydrogen-powered train Sept. 20.

Watch the fuel cell flyer take off from Stuttgart Airport: