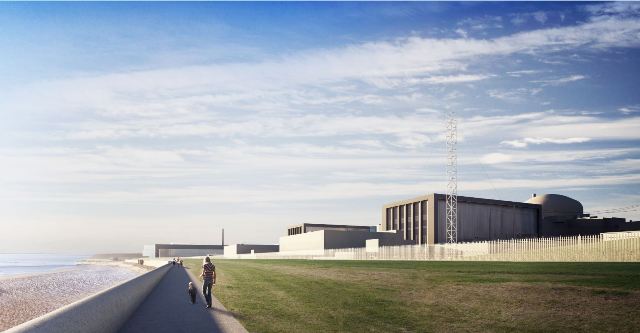 LONDON—Prime Minister Theresa May has attempted to allay disquiet about her surprise delay to a Chinese-backed nuclear power plant by reassuring China’s leader that Britain wants strong relations with Beijing.

Foreign Office Minister Alok Sharma delivered a letter from May to President Xi Jinping during a visit to Beijing.

May’s office did not publish the full letter, but said earlier this week it was about “reassuring the Chinese of our commitment to Anglo-Chinese relations”

In it, May said Britain “looks forward to strengthening co-operation with China on trade and business and on global issues.”

China’s ambassador to Britain, Liu Xiaoming, warned last week that relations were at a “crucial historical juncture” after the U.K. government’s abruptly delayed a decision on the Hinkley Point power plant.

May surprised the business world last month by announcing a review of the power project in southwest England, financed by a Chinese nuclear power provider and French energy giant EDF, which elected to move forward with the controversial plant last month amid infighting. May said the government would announce its decision later in the year.

The delay threw into doubt the “golden era” of ties proclaimed by Xi during a visit to Britain last year.

Some British politicians and diplomats are wary of the enthusiasm the previous government of Prime Minister David Cameron showed for boosting ties with Beijing.

Britain rolled out the red carpet for Xi during a lavish state visit in October, complete with a stay at Buckingham Palace as the guest of Queen Elizabeth II.

The two countries signed more than 30 billion pounds ($39 billion) in trade agreements during the trip, as Cameron said Britain would be China’s “partner of choice” in the West.