Bolton, a former U.N. ambassador under George W. Bush who has replaced H.R. McMaster as U.S. national security adviser, says China cheats by providing subsidies to exports and discriminating against foreign entities while enjoying the benefits of a free market 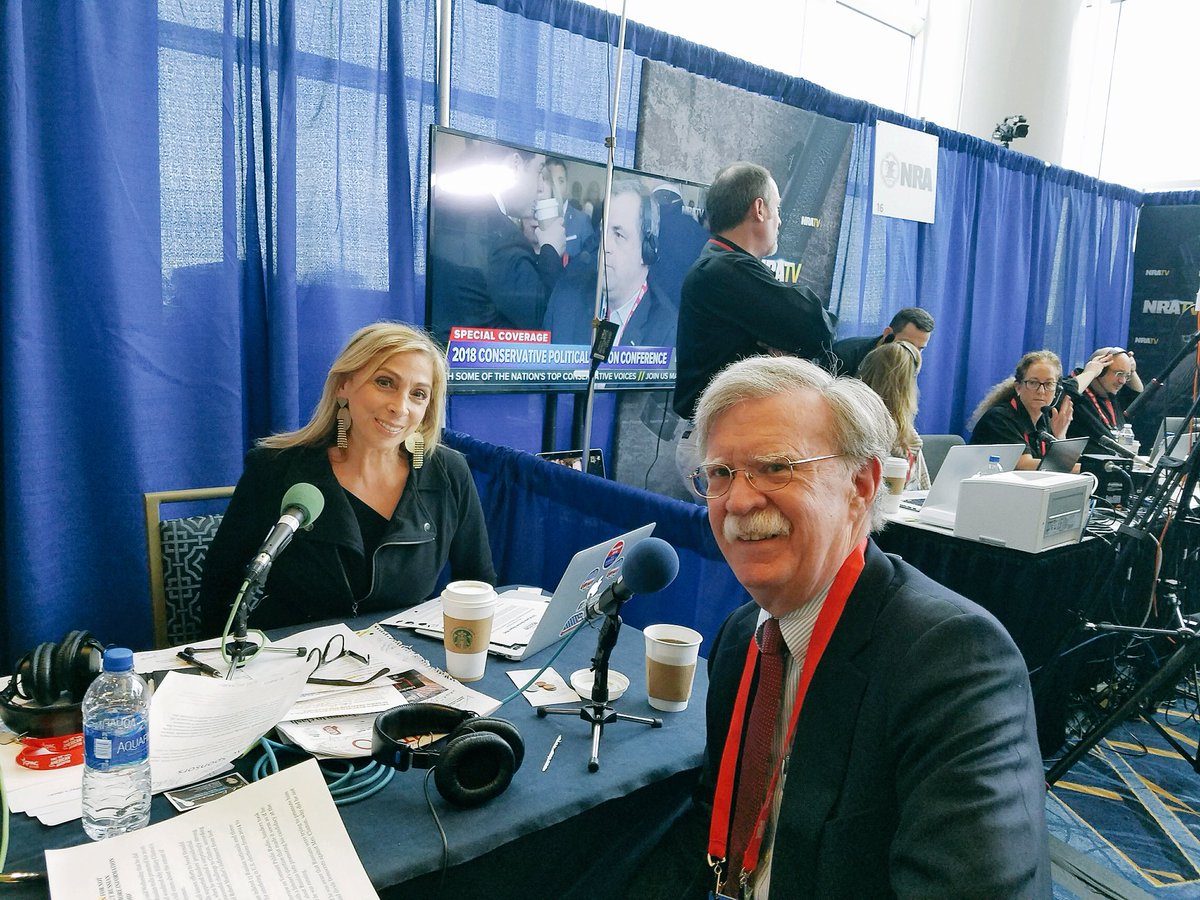 “I don’t buy it. I am a free trader, but I don’t think that means just getting pounded into the ground when another country doesn’t abide by the commitments it’s made,” Bolton said of China. PHOTO: John Bolton/Twitter

Bolton has taken a tough position on both issues, saying Beijing needed to be called out on what he characterized as systematic cheating on global trade while enjoying the benefits of an open U.S. market.

He has also urged a rethink of U.S. restrictions of contacts with Taiwan, the self-governing island democracy that China considers its own territory.

On those and other issues, Bolton, a former U.N. ambassador under President George W. Bush, is seen as heralding a rightward shift in Trump’s foreign policy and an embrace of more hard-line policies.

His appointment also raised questions over policy toward North Korea following Trump’s acceptance of an offer for direct talks, possibly before May.

“No matter who takes the post of any kind, the significance of China-U.S. relations needs no further explanation, and it will never change,” Hua said at a regularly scheduled news briefing.

“To strengthen co-operation and uphold the principles of mutual respect and benefit is in line with the two sides’ interests and meets the expectation of the international community,” Hua said.

China also hopes the U.S. will stick with the Iran nuclear agreement, a deal both Bolton and Trump have harshly criticized.

In Tokyo, Japanese Foreign Minister Taro Kono said he was “a bit surprised” by Bolton’s appointment, but said he didn’t anticipate any major changes in U.S. policy on North Korea.

“During my recent visit to the U.S., members of the Trump administration seem to fully share consensus on policies. So I believe there is no major change to their stance,” Kono said.

Bolton’s approach to North Korea appears to be everything China has warned against, including supporting the possibility of a pre-emptive military strike and dismissing direct negotiations that Beijing says are vital to jump-starting the denuclearization process.

Like Trump, Bolton has also been highly critical of the U.S trade deficit with China, which Washington says hit a record of $375.2 billion last year.

In an interview Thursday with Fox Business News, Bolton accused China of stealing U.S. intellectual property and pursuing “mercantilist policies in what is supposed to be a free-trade environment.”

“I don’t buy it. I am a free trader, but I don’t think that means just getting pounded into the ground when another country doesn’t abide by the commitments it’s made,” Bolton said.

Bolton said China cheats by providing subsidies to exports and discriminating against foreign entities, including through the legal system, while enjoying the benefits of WTO membership. Chinese government subsidies allow Americans to buy goods cheaper to the detriment of the Chinese worker, he said.

“The reality is, China just doesn’t have the same concern for its citizen’s welfare that we do in this country,” Bolton said. “And even beyond that, there’s simply no excuse for the stealing of intellectual property, forced technology transfers it’s sometimes called.”

Speaking to the Washington Free Beacon newspaper in February 2017, Bolton criticized America’s “One-China” policy, under which it does not recognize Taiwan as an independent nation, and called for increased arms sales to the island.

“The One-China policy is inherently ambiguous,” Bolton said. “China thinks it means one thing, we think it means another.”

Bolton’s appointment was loudly cheered by one of the administration’s chief China hawks, trade and manufacturing adviser Peter Navarro, author of the book “Death by China: Confronting the Dragon—a Global Call to Action.”

“I’ve gotten to know him over the years, and he’ll be a great replacement. So what we are seeing here is a president who has great judge of talent,” Navarro told CNN on Thursday.

Though Trump ultimately follows his own instincts, Bolton “will have a sort of influence on Trump’s foreign diplomacy because they share a similar view on matters such as ideology, threats to U.S. national security and values,” said Yu Wanli, professor at the Peking University’s School of International Relations in Beijing.

“Trump now has a faithful implementer of his policies,” Yu said. “Bolton will surely contribute to the tension in China-U.S. relations.”