Various police forces say they'll be using the next few months figuring out how to best navigate the new legal landscape. Roadside sobriety testing is a major issue 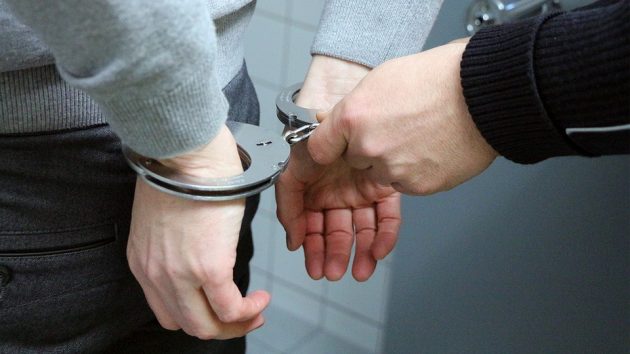 Education and community engagement appear to be a major focus for a number of police forces. PHOTO: Pixabay

TORONTO—Law enforcement agencies are welcoming a delay in the implementation of the country’s new cannabis rules, saying they’re ramping up officer training, working on public education initiatives and hoping to beef up roadside screening efforts by the fall.

Earlier this week, Prime Minister Justin Trudeau announced that Canadians would be able to start legally purchasing and consuming recreational pot on Oct. 17, a month later than previously indicated.

Various police forces say they’ll be using the next few months figuring out how to best navigate the new legal landscape.

“The extra time allows us just a bit of breathing room to get all our members, both sworn and civilian, trained on how the new legislation is going to impact us,” said Calgary Police Insp. Kevin Forsen, who chairs a committee co-ordinating the force’s training and response to cannabis and other opiates.

“It’s not just about enforcement for us. It’s a lot of community engagement and education and working with everybody to make sure the transition … works for everybody.”

Education appears to be a major focus for a number of forces.

The federal pot law, while laying out basic guidelines, largely left provinces in control of how cannabis should be distributed. The result is a patchwork system with different provinces each championing different approaches.

Some bodies, however, are working on developing standards that can guide law enforcement officials from coast to coast.

RCMP Sgt. Harold Fleiderer said a key focus for the Mounties is to develop an online training package meant to bring Canada’s police up to speed on the new regulations.

The program, dubbed “Introduction to Cannabis Legislation,” is being developed with help from the Canadian Association of Chiefs of Police and the Canadian Police Knowledge Network, he said.

The network will disseminate the program to forces across the country in the coming months. Once available, Fleiderer said the program will help police identify cannabis in its various forms, understand what constitutes legal quantities, recognize and act upon criminal offences under the new laws, and understand how the new cannabis rules will impact Indigenous communities.

“The design and implementation of the new training materials will align with ongoing efforts to build provincial-territorial capacity and resources to enforce the new cannabis and drug-impaired driving offences,” Fleiderer said. “This will result in a consistent approach to the application of the new legislation across the country.”

Education efforts are also a top priority for the Ontario Provincial Police, according to spokeswoman Staff Sgt. Carolle Dionne.

One key area of focus, she said, is the issue of field sobriety testing.

Last fall the federal health minister announced that a pilot project was underway to determine which technology would be most effective for conducting roadside tests for impaired driving.

Since then, however, the federal government has not yet made any recommendations, leaving police forces to draw upon or expand existing resources. The Ministry of Community Safety did not immediately respond to request for comment on the matter.

“Our goal is to ensure all frontline officers are trained in (standardized field sobriety tests) and to have an additional 74 officers trained as (drug recognition experts) each year for the next five years,” she said.

The Royal Newfoundland Constabulary said it, too, will be increasing the number of officers trained in sobriety testing. But Const. Geoff Higdon said education efforts won’t be confined to police ranks.

He said the approaching legalization date is an opportunity to inform the public about the dangers of impaired driving, saying such campaigns go a long way toward keeping people off the roads when impaired and encouraging people to watch for signs of impairment in others.

“I think there’s a huge education portion to this that will be very helpful to law enforcement and hopefully will keep people from getting behind the wheel if they’re impaired by anything,” he said.

Shortly after Trudeau announced the new date for the legislation, Justice Minister Jody Wilson-Raybould reminded Canadians that impaired driving will remain illegal under the new regime.

Edmonton Police Service Supt. Al Murphy reinforced that message, but cautioned that the enforcement of the new legislation could have a domino effect on police across Canada.

“If there is an increase in impaired driving by drugs, specifically cannabis, I think what we will see is that it will take more of our member’s time, which would take our officers off of the street for longer periods,” he said. “That will be a challenge for all agencies.”

—with files from Holly McKenzie-Sutter in St. John’s and John Cotter and Sylvia Strojek in Edmonton.