A German court ruled Tuesday that cities can ban diesel cars to lower air pollution. Environmental groups are applauding the decision while business groups are worried, and German automakers saw their stock prices take a hit 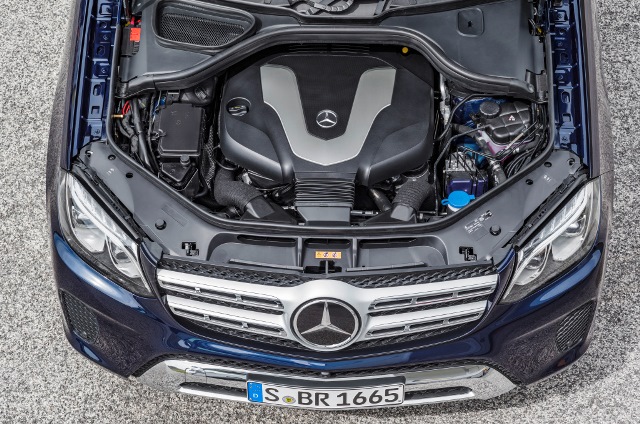 The German automakers have been at the forefront of diesel technology, but the entire diesel engine industry has been damaged by the high-profile VW scandal. PHOTO: Daimler

The court in Leipzig rejected an appeal brought by two German states against lower court decisions—involving two cities, Stuttgart and Duesseldorf— that suggested driving bans for particularly dirty diesel cars would be effective and should be considered.

The state governments argued there needs to be nationwide standards for dealing with air pollution, but the federal court ruled with the cities, stating municipalities can impose their own rules to improve air quality.

The decision could affect millions of drivers in Germany and have significant repercussions for the country’s auto industry.

Here are five things to know about the case:

The air in many German cities is worse than the law allows, contributing to respiratory illnesses and thousands of deaths annually.

According to government figures some 6,000 people die prematurely each year in the country because of excessive levels of harmful nitrogen oxides, or NOx.

About 60 per cent of NOx comes from the transportation sector, especially diesel vehicles—an alternative to regular gas that’s particularly popular in Europe.

Measurements show that the threshold of 40 micrograms of NOx per cubic meter is regularly surpassed in dozens of German cities including Munich, Stuttgart and Cologne.

IS THIS LINKED TO THE VW EMISSIONS SCANDAL?

Environmental campaigners have been demanding action on air pollution for years, but the revelations about carmakers cheating on diesel emissions tests has stoked the political debate in Germany.

Diesel, once considered a ‘cleaner’ fuel because it produces fewer greenhouse gas emissions, is now being scrutinized by environmentalists, government agencies, the media and the courts.

WHO BROUGHT THE CASE?

The group Environmental Action Germany, known by its acronym DUH, has been filing legal complaints against cities for years, seeking to have them impose measures to reduce air pollution.

Judges say cities can exempt tradespeople who use diesel vehicles for work from the ban. However, they concluded that diesel owners have to accept a loss in value of their cars and aren’t entitled to compensation from the government.

Sales of diesel cars and the value of second-hand models have already been hit by the VW emissions cheating scandal.

In an effort to avoid diesel bans, the German government recently proposed making public transportation free and physically upgrading old vehicles to reduce their emissions. Both options would cost billions of euros and it’s unclear who would pick up the tab—taxpayers, car owners or the auto industry.

HOW MANY VEHICLES WOULD BE AFFECTED?

According to official figures there are more than 15 million diesel cars registered in Germany. About 6 million of those meet the Euro 6 emissions standard that would likely be exempt from a driving ban, leaving some 9 million diesel cars affected by the verdict.

Additionally there are several million trucks, buses and other heavily utility vehicles that run on diesel and which could be hit by a ban. City officials are particularly worried about the impact on bus services and tradespeople, who may get special exemptions allowing them to drive diesel vehicles even when a ban is in force.

Chancellor Angela Merkel says she hopes that measures to reduce air pollution in German cities will have an effect soon, and the government would examine the verdict and meet with cities to discuss which measures to take.

One of Germany’s oldest and largest environmental organizations is applauding the court’s ruling, saying “the pressure on politicians and manufacturers has increased significantly” to take measures to reduce pollution.

The Nature and Biodiversity Conservation Union said, with Tuesday’s decision, “affected cities must now be made the trailblazers of a transportation U-turn as soon as possible to strike a balance between mobility needs and environmental and health protection.”

However, not everyone is happy with the decision.

Berlin’s Chamber of Commerce says a ban on diesel cars in the city’s downtown could cost firms in the German capital 240 million euros (US$295 million) alone to replace their fleets.

Otherwise he says Berlin companies would be forced to invest in new fleets at great cost.

Eder says “about half of the companies would then have to restrict or even give up their businesses.”

Shares in German auto companies are moderately down after the ruling.

The overall German stock market was down 0.54 per cent in early afternoon trading in Europe.