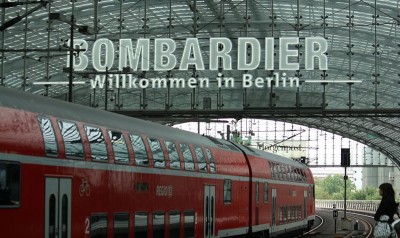 The Montreal-based transportation firm continues pulling in contracts in China. PHOTO: By Geogast, via Wikimedia Commons

“China’s railway and urban mass transit market represents the world’s most fierce competition,” Jianwei Zhang, president of the company’s Chinese operations said. “We are very proud that Bombardier has been chosen by the Chinese customers to provide high-speed trains as well as many other advanced rail mobility solutions.”

The new order follows another contract for 15 of Bombardier’s eight-car CRH380D from China Railway in September.

The 80 sleeper cars will be configured into five 16-car sets and are designed to operate at 250 kilometres per hour. The train cars will be built at the JV’s production facility in Qingdao, China.