Uploading Toronto transit to the province would be a benefit to the city: Ontario Premier

The PC election platform proposed to upload responsibility for building and maintaining new and existing subway lines to the province, while allowing the city to operate the subway system and keep the revenue it generates 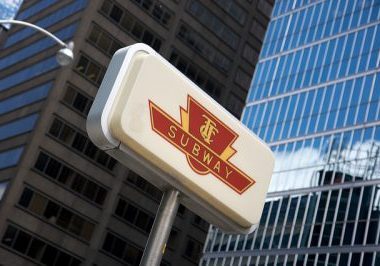 TORONTO—The Ontario government says it would be a benefit to Toronto if the province took over the city’s transit system, something Premier Doug Ford promised to do during the spring election campaign.

Ford says his government will deliver on its pledge to create a regional transportation system, but will first consult with Toronto and other municipalities in the area.

The premier says the Toronto Transit Commission has done well in operating the system but he believes others can build subways more efficiently.

The Progressive Conservative election platform proposed to upload responsibility for building and maintaining new and existing subway lines to the province, while allowing the city to operate the subway system and keep the revenue it generates.

Transportation Minister John Yakabuski met with Toronto Mayor John Tory earlier this week but the mayor says no such plan was presented.

Tory said Wednesday any proposal on control of the TTC must be subjected to “robust consultation” with the public and the transit agency as well as city staff and council before decisions are made.

The mayor said he told Yakabuski the province can’t create such a plan unilaterally, like it did in announcing it would slash Toronto city council by nearly half.

“We must not see a repetition of what we saw with the city council … that’s not something that I’m prepared to countenance,” he said.

“They need to consult in advance,” he said. “It’s our TTC, it’s our subway, paid for largely by Toronto taxpayers and customers over time and we would expect to be fully consulted.”

Tory added that he would not approve a plan that was not “a good deal for the people of Toronto.”

Ford, meanwhile, insisted the city would stand to gain from such a move.

“When we take over something as large as transit I think it’s nothing but a benefit to the city of Toronto,” the premier said. “We’re taking this off their shoulders and the reason we’re doing it … for 12 years we just can’t seem to get transit built in the city of Toronto.”