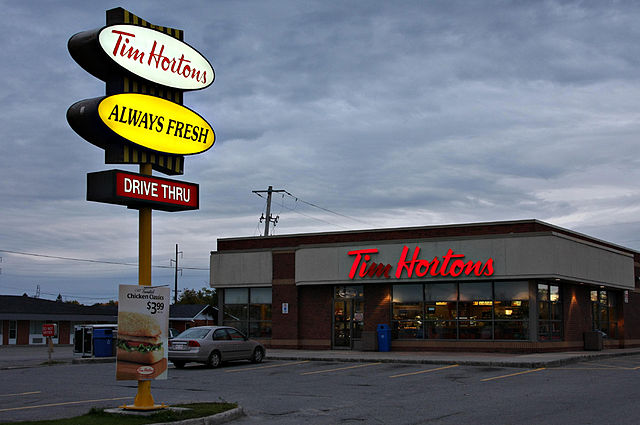 The changes build on an April upgrade the company made to its software and supply chain distribution processes. PHOTO: Jerry Huddleston/Flickr

TORONTO—Tim Hortons will spend $100 million to revamp its distribution system and open two new Canadian warehouses, months after some franchisees were angered when supply deliveries from the company were delayed because of software upgrades.

The fast-food giant said Wednesday that the upgrades will include a modernization of their current system, an expansion of an existing warehouse in Debert, N.S., and two new facilities in Calgary and Langley, B.C.—provinces that are currently served by smaller warehouses that process a lower volume of products.

The changes are expected to be complete by 2020 and to create 150 jobs, while also streamlining restaurant operations to provide a uniform standard of service across the country.

“This is part of establishing our long-term commitment to Canada,” said Tim Hortons President Alex Macedo.

“This is building for the future, building for the level of growth we expect to have and making sure that those owners that are located in Alberta and B.C., which are towards the end of our distribution curve, have the same excellent service that anyone in Ontario or Quebec has.”

The changes build on an April upgrade the company made to its software and supply chain distribution processes, which caused temporarily delays in beverage, sanitation supply, reusable merchandise and take-home coffee shipments.

The delays added tension to the already-strained relationship Tim Hortons and its parent company Restaurant Brands International has with at least half of its restaurant owners, who banded together last year to form the Great White North Franchisee Association.

The two sides have tussled over everything from cost-cutting measures made in the wake of Ontario’s minimum wage hike to a class-action lawsuit over the company’s alleged improper use of a $700 million national advertising fund.

The GWNFA has also vowed to protest outside of Tim Hortons’s Oakville headquarters after a prominent franchisee involved in the advertising fund lawsuit said he was told by the company that he would be denied a licence renewal for one of his two Ontario locations at the end of August.

Macedo has promised to make amends with franchisees and crossed the country to meet with thousands of them in a bid to regain their trust.

When asked whether he had met with GWNFA or was worried about them protesting outside headquarters, Macedo said only that he has had conversations with members of the company’s elected franchisee advisory board, which is separate from GWNFA, as recently as Wednesday.

He said their discussions centred around future programs the company will roll out, which he previously teased could include a kids menu, delivery options and a loyalty program.

He said so far the company’s plans are being met with “a ton of support” from franchisees.

“I have admitted this before, I don’t think we have done a really good job communicating with the system in the last couple of years and I think the better we communicate and the more results we share, I think the more people we get on board with our plan,” he said.