The Great White North Franchisee Association told its members it has sent emails to Tim Hortons President Alex Macedo requesting a meeting, but has found Macedo has "no interest" in sitting down with them 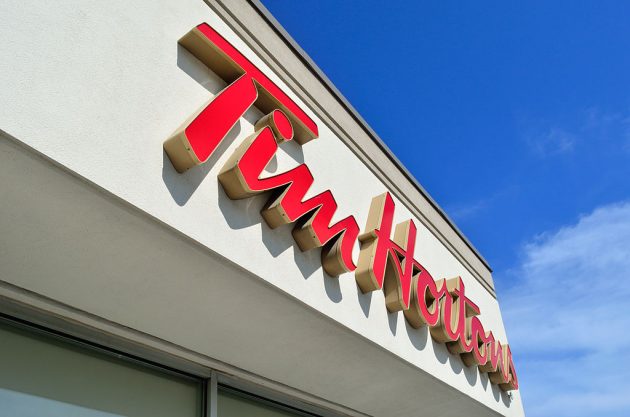 The coffee and donut chain has been butting heads with its franchisees for months.

TORONTO—A coalition of rebellious Tim Hortons franchisees is accusing the fast-food giant’s parent company Restaurant Brands International Inc. of trying to sideline the group by refusing to recognize it and stonewalling efforts to meet and mend their relationship.

In a letter obtained by The Canadian Press, the Great White North Franchisee Association told its members it has sent emails to Tim Hortons President Alex Macedo requesting a meeting, but has found Macedo has “no interest” in sitting down with them. GWNFA’s letter said its attempts to meet and work together have also been rebuffed by the company’s advisory board, which is elected by secret ballot and meant to represent all Tim Hortons franchisees.

On Thursday, GWNFA spokesperson Patti Jameson said the company has so far only been open to meeting with association president David Hughes as an individual restaurant owner and not as a leader of the organization.

Tim Hortons’ chief corporate officer Duncan Fulton told The Canadian Press that GWNFA’s claims are “false” and “disappointing” and said that Macedo and Hughes spoke on the phone recently for 45 minutes—a call that Jameson also confirmed but refused to share details about.

“Every effort continues to be made by the company and certainly by the advisory board to take any issues raised by owners, so the suggestion that that is not happening is categorically and completely untrue.”

Tensions have been flaring between Tim Hortons and GWNFA for months.

The two sides have sparred publicly over everything from alleged misuse of a national advertising fund to cuts to employee benefits after Ontario’s minimum wage hike, but their spats had quieted after Macedo vowed to improve relations back in May and criss-crossed the country to meet with franchisees in a bid to regain their trust.

Macedo also rolled out all-day breakfast, announced 1,500 Tim Hortons locations will open in China and teased that a kids menu and delivery and loyalty programs are coming soon.

GWNFA remained quiet through most of Macedo’s announcements, even abandoning a protest it had planned for the company’s Oakville, Ont., headquarters over the treatment of Mark Kuziora, a franchisee who was previously involved in a class-action lawsuit against RBI and has alleged that the company told him it would deny the renewal of his licence for one of his two Toronto locations when the licence expires on Aug. 31.

Jameson would not say if the company would be changing its approach to dealing with Tim Hortons or the advisory board, which she said has a “minority” of GWNFA members who haven’t publicly shared their allegiance.

GWNFA’s missive says, “we have no choice but to accept the reality that the advisory board and RBI have no interest in working with GWNFA.”

The letter claims a “small group of influential” board members agreed to a discussion with the association after at least two GWNFA members reached out, but the meeting was “derailed at the 12th hour.” The letter did not say why the meeting did not take place.

Advisory board representative Lou Gossner said he wasn’t aware of why it did not happen, but he “didn’t think it was any big deal at all.”

He said board members have always been opening to meet with GWNFA franchisees, but that the association refuses to disclose what their issues are, so “that is where the conversation always ends.”

“It doesn’t seem like their goal is to resolve franchisee issues. It is more about the association itself,” he said.

“It is really difficult to know why they don’t want to bring issues to the advisory board in the same way every other franchisee does.”

GWNFA’s letter also contains a copy of a note Hughes allegedly emailed Macedo asking for a one-hour meeting “so we can meet and hopefully agree on enough issues so we can rebuild this iconic brand together.”

GWNFA’s letter also said the association is “not at liberty” to share Macedo or Hughes’ messages, but said “the net result is that (Macedo) has no interest in meeting with (Hughes) as a member of the Association.”

The letter ends with a few lines saying “all of these efforts to sit down and find a way forward remain on the table” and teases “stay tuned—there is more to come!”