The new product will be offered to all Porter passengers as part of the complimentary onboard service, starting Oct. 12. 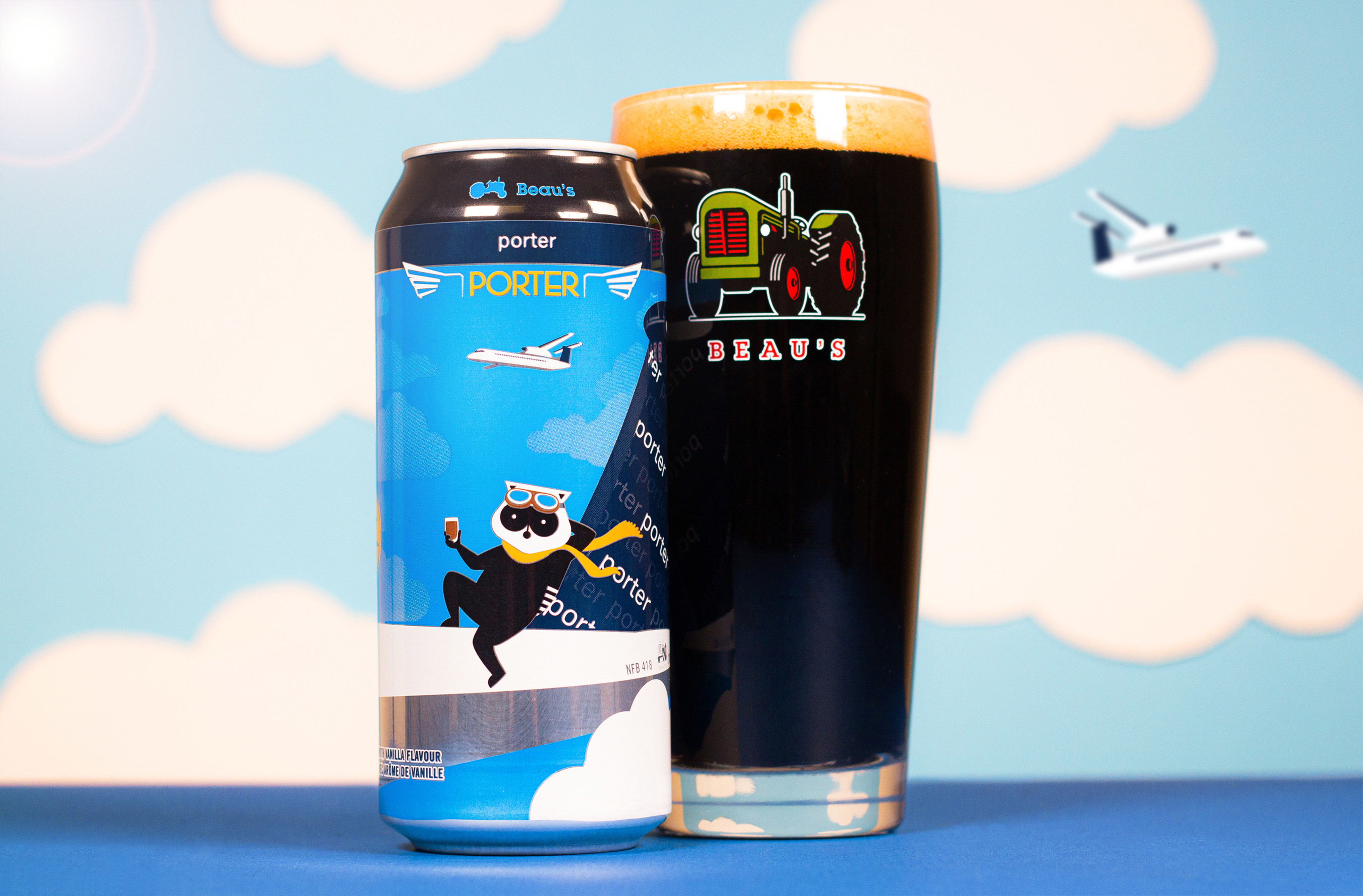 The new product – described as a malty dark ale – will be offered to all passengers as part of the complimentary onboard service, starting Oct. 12. The 473 ml tall cans will be available at select LCBO locations, The Beer Store and grocery outlets in Ontario, and grocery and dépanneurs in Quebec, later this month.

“This is a unique opportunity for Porter to introduce our brand to customers outside of airports and airplanes,” said Kevin Jackson, executive vice president and chief commercial officer, Porter Airlines. “We’re looking forward to adding the new beer to our complimentary onboard service, while also giving passengers the ability to enjoy a piece of the Porter experience right at home.”

Porter announced Beau’s as its exclusive beer partner in August. A rotating selection of Beau’s products, including the Porter Porter and its Lug Tread lagered ale, will be offered to passengers. The complimentary service includes premium snacks, plus beer and wine served in real glassware for all passengers.

“We’re thrilled to work with such an amazing Canadian airline. Making the choice of what style to brew for this project was a no-brainer and such a perfect addition to our core line-up of brands,” said Steve Beauchesne, Beau’s Brewing co-founder and CEO.

Beau’s Brewing was founded in 2006 and is headquartered in Vankleek Hill, Ont.