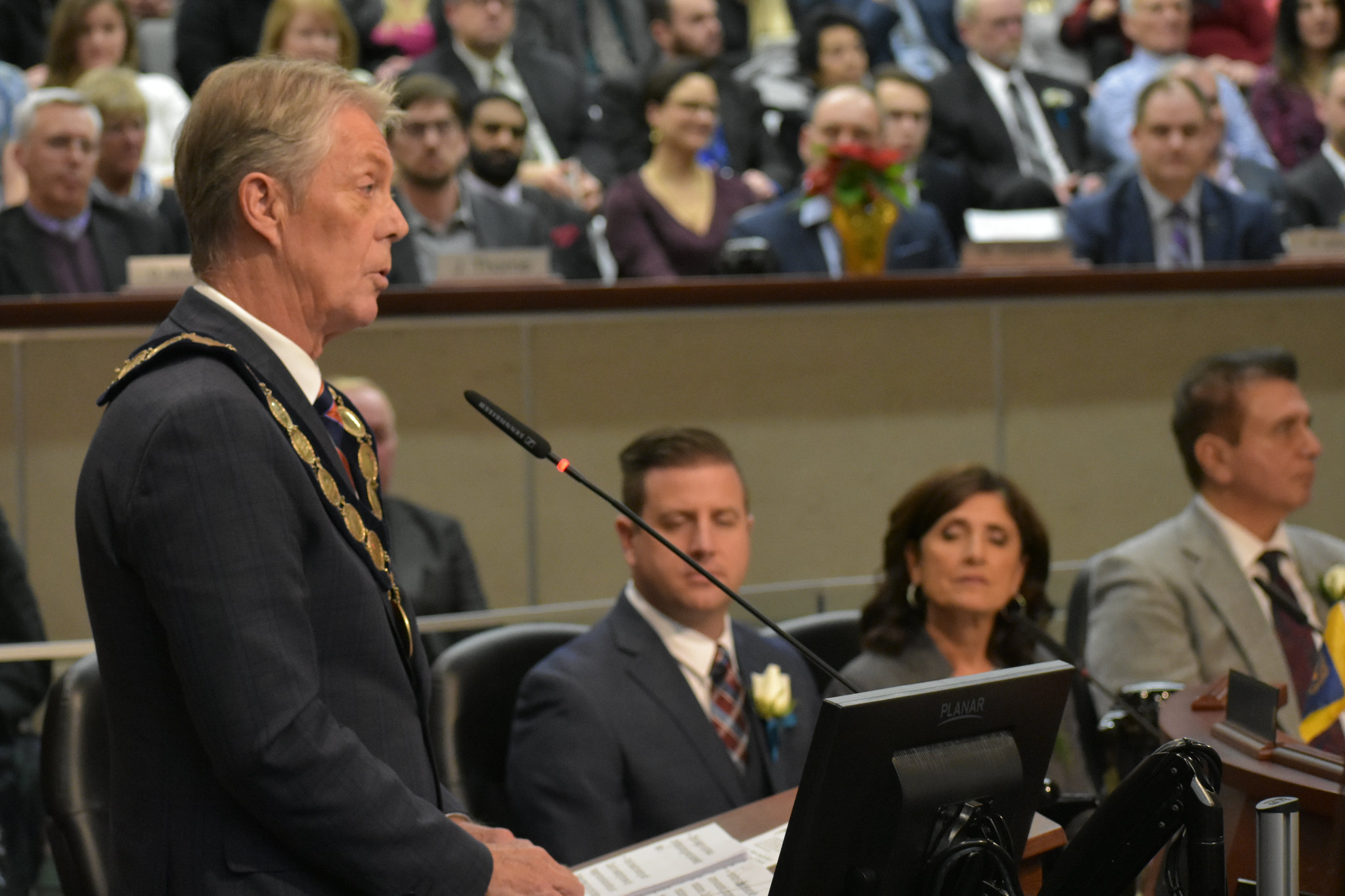 TORONTO – A light-rail project in Hamilton was cancelled on Monday after the provincial government said the project would cost more than five times its original price tag, in a decision critics called a “betrayal” of the city.

Transportation Minister Caroline Mulroney said the government would no longer fund the 17-stop project, but would create a task force to help it decide how to spend a billion dollars on transit in the city.

The 14-kilometre project was estimated to cost $1 billion when the previous Liberal government committed to funding it in 2014. The Progressive Conservatives promised during the 2018 election to move ahead with it, but Mulroney said Monday the cost has now ballooned to $5.5 billion.

“Although today’s news is certainly disappointing, for Hamiltonians and for our government, we cannot afford to make unaffordable and unsustainable promises,” she said in a statement. “We cannot afford to continue the Liberals’ approach of making empty promises today and accumulating a massive legacy of debt for our children and grandchildren.”

The government’s decision angered Hamilton Mayor Fred Eisenberger and supporters of the light-rail project, who showed up at a scheduled news conference by Mulroney, which was eventually cancelled due to security concerns.

Laryssa Waler, a spokeswoman for Premier Doug Ford, said it wasn’t safe to continue with the media event and the government planned to make Mulroney available for questions at a later time.

Eisenberger said the transit project would have created hundreds of jobs and boosted the city’s economy.

“This is a betrayal by the province to the City of Hamilton,” he said in a statement. “This will not only hurt Hamilton’s economy, but Ontario’s economy.”

Ford defended the decision to cancel the project during a radio interview Monday afternoon, blaming the previous government for misrepresenting the costs of the work.

“Unless the mayor comes up with a way of finding another $3.6 billion on the backs of the people of Hamilton, they’re going to have to come up with another project because right now it’s not going to happen,” he said.

Hamilton’s Chamber of Commerce said it was shocked by the province’s sudden decision, accusing the premier of reneging on a “repeated, firm commitment” to build the line. The province has already spent $184 million of taxpayer money to develop the line and another $80 million in property acquisitions over the past decade, it said.

“It’s hard to hear the province’s ‘Open for Business’ mantra without laughing,” said chamber CEO Keanin Loomis in a statement. “Furthermore, it is irresponsible and reckless management of hard-earned tax dollars.”

Loomis said the Ford government has repeatedly confirmed its commitment to the project.

“This demonstrates their word is not to be trusted.”

NDP Leader Andrea Horwath, who represents a Hamilton riding, said she plans to fight to save the LRT project.

“People deserve quicker commutes and less congestion,” she said in a statement. “And if we don’t build now, it’ll only get more expensive to do it as Hamilton keeps booming, and the need for a good LRT system gets more and more dire.”

Regional transit agency Metrolinx touted the economic benefits of the project in a webpage it pulled down shortly after Monday’s announcement. That page said the project was necessary because of projected growth in Hamilton’s population, which the agency said is expected to increase by 46% by 2041.

Liberal leadership candidate Steven Del Duca – who supported the project during his time as transportation minister – slammed the Tories for cancelling the project.

–With files from Allison Jones.