Stage 2 of Ottawa LRT will add 30 km of track, 19 new stations and bring 70 per cent of Ottawa residents within 5 km of rail network 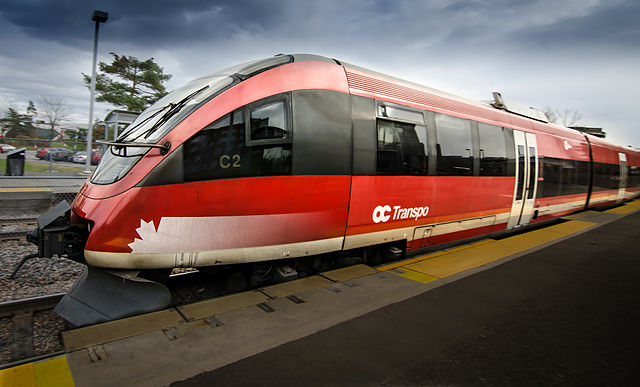 The city plans to break ground on the infrastructure project in 2018, with construction running until 2023. PHOTO: David McCormack, via Wikimedia Commons

OTTAWA—The Ontario government continues to pour money into infrastructure in Ontario’s two largest cities. Following numerous funding announcements for the City of Toronto, including a $150 million contribution to study a long-sought Downtown Relief Line for the Toronto subway earlier this week, Queen’s Park is opening its purse to a major transit expansion in the Canadian capital.

The province has announced it will commit $1 billion to an Ottawa Light Rail Transit project known as Stage 2. A major expansion of Ottawa’s two main rail lines, the project will extend the city’s existing Confederation Line at both its east and west ends by several stops, as well as stretch its Trillium line south by four stations.

Premier Kathleen Wynne said the expansion will help create jobs and grow Ontario’s economy, while the province’s minister of Transportation, Bob Chiarelli, added that the second stage of the LRT is a major contribution to the quality of life in the Canadian capital.

“An efficient and complete transit system is a necessity for our dynamic city,” Chiarelli said.

The second stage of the proposed LRT stretches 30 kilometres and includes 19 stations—five on the Trillium line and 14 on the Confederation Line. The plan also includes a possible extension to Ottawa’s Macdonald-Cartier International Airport.

Along with connecting more residents to transit—as many as 70 per cent of Ottawans will live within five km of the rail network—the system is expected to relieve congestion on the city’s roads, cutting travel times and emissions. Ottawa’s population is forecast to grow to 1.14 million by 2031.