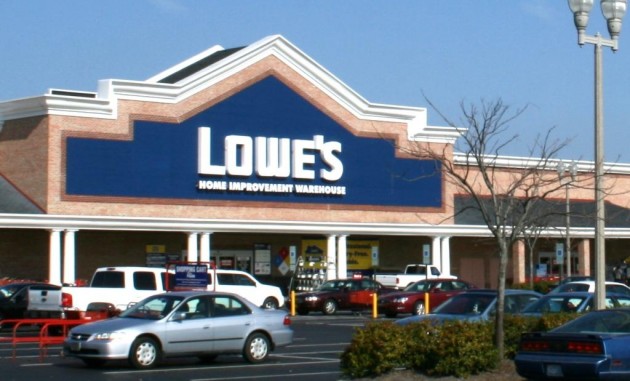 Lowe’s will add four new sites in British Columbia, two in Alberta, one in Saskatchewan and seven in Ontario. PHOTO: By Ildar Sagdejev, via Wikimedia Commons

TORONTO—Lowe’s Canada has announced in addition to completing the acquisition of 12 former Target sites, where it intends to open new stores, the company also plans to open two more locations in Ontario. Construction is currently underway in Ancaster and Mississauga, representing an additional investment in excess of $50 million.

“These 14 new locations are a tremendous win for us in Canada, accelerating our growth across the country and bringing our total store count to 54 locations,” Sylvain Prud’homme, president of Lowe’s Canada, said. “We continue to receive a positive reaction from our customers on our store experience and this helps us reach additional communities more quickly.”

The new Lowe’s store sites are located across Canada, many in markets where Lowe’s is currently underpenetrated, the company said. As a result of these new locations, approximately 2,000 jobs will be created in Canada, and Lowe’s total Canadian store count will increase to 54 locations including 37 stores in Ontario, 3 in Saskatchewan, 9 in Alberta and 5 in British Columbia.

Lowe’s acquisition of the 12 former Target locations has been completed, including the purchase of Target’s Milton, Ontario distribution centre for a total purchase price of approximately $147.75 million. This acquisition came as part of a real estate auction following Target’s decision to pull out of in Canada.

The company said the 14 new stores, located across the country will enhance Lowe’s presence in Western Canada and strengthen its base in Ontario. The company will add four new sites in British Columbia, two in Alberta, one in Saskatchewan and seven in Ontario.