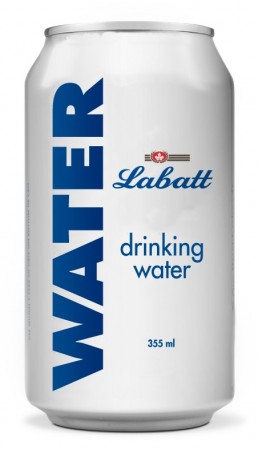 Labatt is providing 48,000 cans of emergency drinking water to the residents
and fire fighters affected by forest fires in Saskatchewan, British Columbia
and Alberta. PHOTO Labatt

TORONTO—Labatt Breweries normally brews some of Canada’s iconic beer brands, but when there is a disaster, the company switches to producing drinking water. Labatt is providing 2,016 cases – or 48,000 cans – of emergency drinking water to the thousands of residents and fire fighters affected by forest fires in Saskatchewan, British Columbia and Alberta.

The first trucks loaded with water from Labatt will arrive in Cold Lake, Alta., on Wednesday. Further shipments will follow closely thereafter to B.C. and Alberta as needed. Labatt is coordinating with the provinces of Saskatchewan, B.C. and Alberta and local emergency coordination centres to deliver the water where it’s needed most.

“When we learn of a need like this one, we’re ready to deliver emergency drinking water instead of beer. Labatt and its employees are pleased to be able to help out during this very challenging time for everyone affected by the wild fires in Saskatchewan, B.C. and Alberta. We want everyone in the area to know that our thoughts are with them as they seek safety and return the area to normal,” Charlie Angelakos, vice-president of corporate affairs at Labatt, said.

Labatt’s Canadian Disaster Relief Program, established in 2012, is specifically designed to provide safe drinking water to Canadian communities that have experienced a natural disaster. The company cans its own water and maintains a constant inventory specifically for this purpose.

This is Labatt’s third donation under its Disaster Relief Program. In the summers of 2013 and 2014, the company donated emergency drinking water in response to flooding in southern Alberta and Manitoba, respectively.

“Right now, Labatt’s priority is to leverage our systems and resources to get safe drinking water to the people and workers in affected areas of western Canada,” Angelakos said. “Labatt has been a part of Canada for almost 170 years, and it is in our DNA to provide support to the community whenever we are able to.”