Anheuser-Busch to abandon beer momentarily, will ship more than 50,000 cans of water to Flint, Mich. 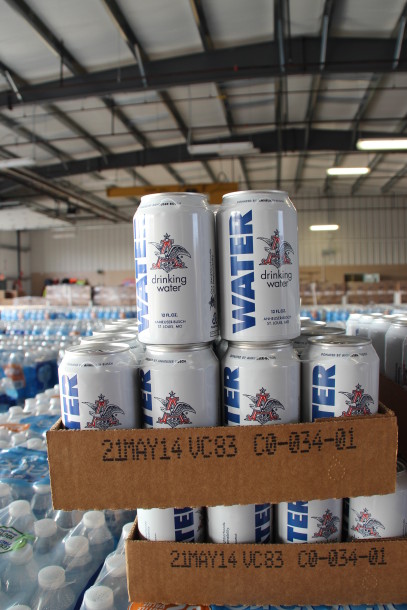 AB InBev is shipping more than 50,000 cans of water north in response to the Flint Water crisis. PHOTO: AB InBev

With aid efforts underway, Anheuser-Busch is pitching in. The company has announced it will be shipping more than 50,000 cans of clean drinking water to the central Mich. city, which is about 50 kilometres northwest of Detroit and due went of the Canadian border at Sarnia, Ont.

Foregoing its usual fermentation process, AB’s Cartersville, Georgia brewery will can the clean water destined for the Food Bank of Eastern Michigan. The 2,156 cases of emergency drinking water will arrive the first week of February, as requested.

“Anheuser-Busch is committed to supporting local communities,” Bill Bradley, vice-president of Community Affairs at Anheuser-Busch, said “This is one way we can help our friends and neighbors in a time of need.”