Boeing will ‘throw everything it has got’ into blocking CSeries from U.S., says Airbus CEO

Chief executive Tom Enders believes Boeing, which launched a trade petition against the CSeries, won't give up easily 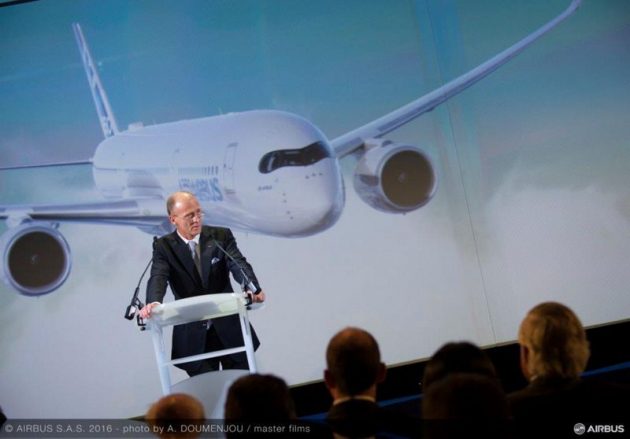 MONTREAL—Airbus chief executive Tom Enders says the company has no plans to buy out the rest of Bombardier’s CSeries program after reaching a deal to take a majority stake on Monday.

According to terms of the deal, Airbus had the option to buy out the CSeries program in 7.5 years, and the Quebec government in 2023.

Airbus says it expects Boeing to throw everything it has got to block Bombardier’s CSeries planes from the U.S. market, making the coming months difficult.

Enders believes Boeing, which launched a trade petition against the CSeries, won’t give up easily.

Bombardier CEO Alain Bellemare added that Airbus’ support will assuage customers who were worried about the CSeries’ future.

He says the result will be many more sales that will benefit Bombardier’s Mirabel production facility even though a second assembly line will be built in Alabama.