Boeing has filed a document with the U.S. International Trade Commission that sheds new light on the politically-charged dispute between the two aerospace manufacturers 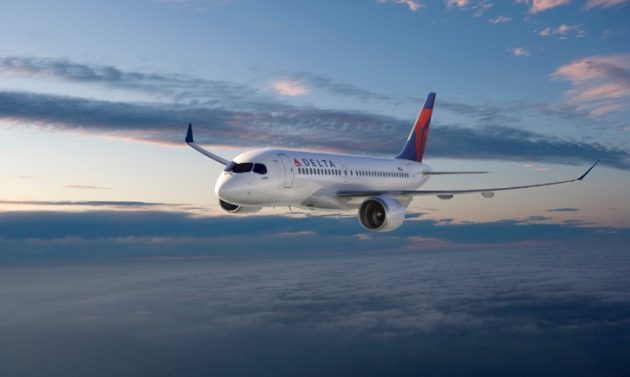 MONTREAL—Boeing says its trade complaint against Bombardier is designed to prevent the Montreal-based rival from using subsidies to build a larger version of the CSeries plane that would directly compete with its own flagship narrowbody 737 aircraft.

Last week, Boeing filed a document with the U.S. International Trade Commission that sheds new light on the tit-for-tat dispute between the two aerospace manufacturers.

In the 109-page filing, Boeing said Bombardier would be positioned to build a full-fleet of single-aisle planes—repeating a strategy employed by French aerospace company Airbus—if Canadian subsidies to Bombardier are left unaddressed.

“The U.S. industry has been the victim of this exact strategy before, as subsidies to Airbus enabled it to push McDonnell Douglas and Lockheed from the market, and capture 50 per cent global market share, destroying countless high-paying, skilled U.S. jobs in the process,” Boeing said.

Bombardier said in a separate filing that Boeing’s effort to shut down its innovative technology from the market is “misguided,” adding that the complaint is tantamount to asking the U.S. International Trade Commission to imagine a hypothetical world in the future.

The company said its CSeries commercial jet isn’t an imminent threat to Boeing because the first planes won’t be delivered to Delta for another year, Boeing doesn’t sell a comparable product and Boeing’s 737 production is sold out for about eight years with a backlog valued at about US$190 billion, Bombardier said.

“Using this case as an Airbus ‘do-over’ is a misuse of the statutory threat provision,” Bombardier said.

“If Boeing were correct that Delta established momentum for Bombardier, and caused harm to Boeing, one would expect to see additional CSeries orders in the U.S. market, but not one has occurred in the 13 months since the Delta purchase of CS100s,” Bombardier said.

Boeing’s 737 fleet is expected to generate US$26 billion in free cash flow over the next four years, but the Chicago-based firm said it would be wrong to assume that it is not vulnerable to the threat subsidies pose, as the history with Airbus shows.

The dispute has become politically charged, with Ottawa recently announcing that it was reviewing current military procurement projects with Boeing _ a thinly veiled threat to scrap the planned purchase of 18 Super Hornet fighter jets from the company.

Boeing has petitioned the U.S. Commerce Department and the U.S. International Trade Commission to investigate subsidies for Bombardier’s CSeries aircraft that it says have allowed the company to export planes at well below cost. A preliminary determination on the petition is expected by June 12.