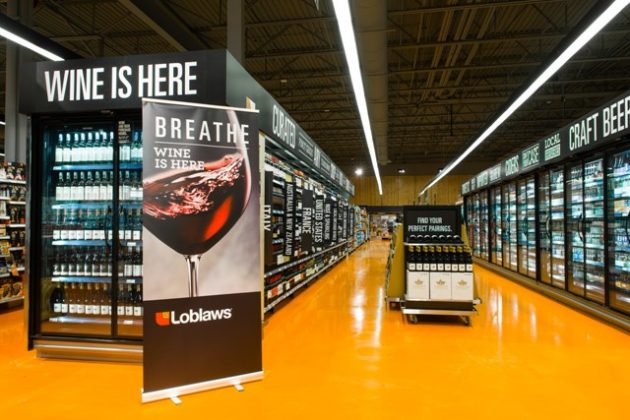 Another 87 grocery stores will also be allowed to sell alcohol starting in September. PHOTO: Loblaw

TORONTO—Ontario is expanding the sale of beer, wine and cider to almost 300 more stores this summer as part of Premier Doug Ford’s push to liberalize liquor rules in the province.

The Progressive Conservative government announced Thursday it will expand sales through a combination of permitting more LCBO agency stores in underserviced areas and by allowing more grocery stores to sell booze.

Finance Minister Vic Fedeli said some of the stores will open as soon as August.

The number of LCBO agency stores in underserviced areas, which will be rebranded LCBO Convenience Outlets, will rise to 60 in August, and up to 200 by spring 2020.

Another 87 grocery stores will also be allowed to sell alcohol starting in September, bringing the total to 450 across the province.

The latest announcement comes on the same day the government passed legislation to rip up a 10-year agreement with The Beer Store that limits the number of stores that can sell alcohol.

The bill has not yet been proclaimed into law and Economic Development Minister Todd Smith said the government continues to negotiate with the brewers who own The Beer Store regarding its plan.

“Negotiations are continuing (with The Beer Store) and I think what we want to see is a resolution to these negotiations at the bargaining table,” he said. “Both the minister of finance and his team are sitting down with the big beer companies.”

Charlie Angelakos, board chairman of The Beer Store, said the company has been negotiating with the government over the last three months to help achieve its goal of expanded alcohol availability.

The company believes there is a “mutually acceptable” way to speed up the introduction of new retail locations for beer in Ontario by making amendments to the current agreement, he said in a statement.

“Most importantly, these amendments would avoid a protracted legal battle and the significant damages to which the government would be exposed,” he said.

David Clement, of the Consumer Choice Center, praised the expansion announced Thursday, saying consumers across the province would appreciate more access to alcoholic drinks over the summer months.