Metal duties are going into effect for Canada, Mexico and the European Union June 1 at midnight: U.S. commerce secretary said NAFTA delay factored into decision for Mexico and Canada 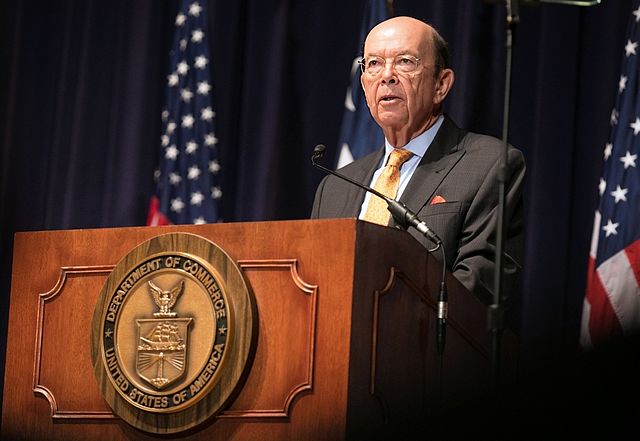 WASHINGTON—The Trump administration is making good on its threat to slap Canada with hefty steel and aluminum tariffs, setting the stage for a possible trade war and leaving Prime Minister Justin Trudeau in the middle of a very divided group of leaders at next week’s G7 summit.

Commerce Secretary Wilbur Ross announced Thursday that the United States will end the temporary exemption on Canadian, Mexican and European Union steel and aluminum as of midnight, as scheduled.

That means that President Donald Trump will be facing a group of leaders who will likely have taken retaliatory action against the United States when he makes his closely watched Canadian debut at the G7 next week in Quebec.

While the tariffs have had “major, positive effects” on industry jobs and workers, “the Trump Administration’s actions underscore its commitment to good-faith negotiations with our allies to enhance our national security while supporting American workers,” the White House said in a statement.

Prior to the announcement, a senior Canadian official, speaking on condition of anonymity due to the sensitivity of the situation, confirmed Canada has prepared a list of U.S. products that might face retaliatory tariffs, but declined to give further details.

Canada, Mexico and Europe had been exempted until June 1 from import duties of 25 per cent on steel and 10 per cent on aluminum when they were first imposed in March. Barring an 11th-hour reprieve, those exemptions will expire as scheduled.

During a conference call early Thursday, Ross shrugged off questions about the U.S. facing possible retaliation, or whether the move would negatively affect the G7 meeting. And he said that while he was looking forward to continuing negotiations, the U.S. is making its decision on national security grounds—a justification Foreign Affairs Minister Chrystia Freeland has dismissed as absurd.

In the case of Canada and Mexico, Ross said the decision was based on a lack of progress in the ongoing talks to update the North American Free Trade Agreement.

“As to Canada, Mexico, you will recall that the reason for the deferral had been pending the outcome of the NAFTA talks,” he said.

“Those talks are taking longer than we had hoped. There is no longer a very precise date when they may be concluded” so they were added to the tariff list, he said.

If Canada and Mexico choose to take retaliatory measures, it will not affect the ability to keep renegotiating NAFTA as a separate track, he added.

“If any of these parties does retaliate, that does not mean that there cannot be continuing negotiations,” Ross said. “They’re not mutually exclusive behaviours.”

The long-threatened tactic is sure to cast a pall over the G7, with some observers saying a G6-plus-one scenario is already shaping up, with Trump as the outlier.

Ross played down the divisions.

“There are periodic disagreements between any two countries on any given set of topics. That doesn’t necessarily mean that it derails other discussions at all,” he said.

“It all depends on how the various parties react to the circumstances.”

European Commission President Jean-Claude Juncker, who will be at the G7 table with the seven other country leaders, expressed strong opposition to Thursday’s decision.

“The EU believes these unilateral U.S. tariffs are unjustified and at odds with World Trade Organization rules. This is protectionism, pure and simple.”

Trump had been widely expected to impose tariffs on European steel and aluminum imports after failing to win concessions from the European Union. Canada and its European allies have spent recent days making a concerted effort to head off the move.

Trudeau and French President Emmanuel Macron made their cases separately Wednesday to dissuade Trump, who is using a national-security clause in U.S. trade law to justify the move. Trudeau and Macron will meet next week in Ottawa before the G7 to talk strategy.

Ontario Premier Kathleen Wynne, campaigning in advance of the June 7 provincial election, savaged the U.S. president as she called the tariff measure short-sighted and urged Trudeau “to take the strongest retaliation possible to protect our workers” and industry.

“I think that we’ve all had just about enough of Donald Trump…. He doesn’t seem to get that his bluster and his bullying are costing people real jobs—in his own country, in Canada and in Ontario,” Wynne said.

“I really believe that now the time for talk is done. Donald Trump is a bully and the only way to deal with a bully is to stand up and push back and we have to do that.”

Finance Minister Bill Morneau announced late Wednesday that Canada has expanded the scope of its country of origin marking regime for steel and aluminum products to better determine where they come from.

The expansion builds on new funding announced in late April of an initial outlay of more than $30 million over five years to hire 40 new officers to investigate trade-related complaints, including those linked to steel and aluminum.

That announcement came about a month after the Canada Border Services Agency was granted extra powers to identify businesses that try to dodge import duties and ship cheap foreign steel and aluminum through the Canadian market.