by Mike Blanchfield and Andy Blatchford, The Canadian Press  June 21, 2018

The Canadian PM said he trusts Trump won't imperil U.S. jobs with auto tariffs. Meanwhile, U.S. Commerce Secretary Wilbur Ross made it clear that if a new NAFTA is agreed on, existing metals tariffs will go away 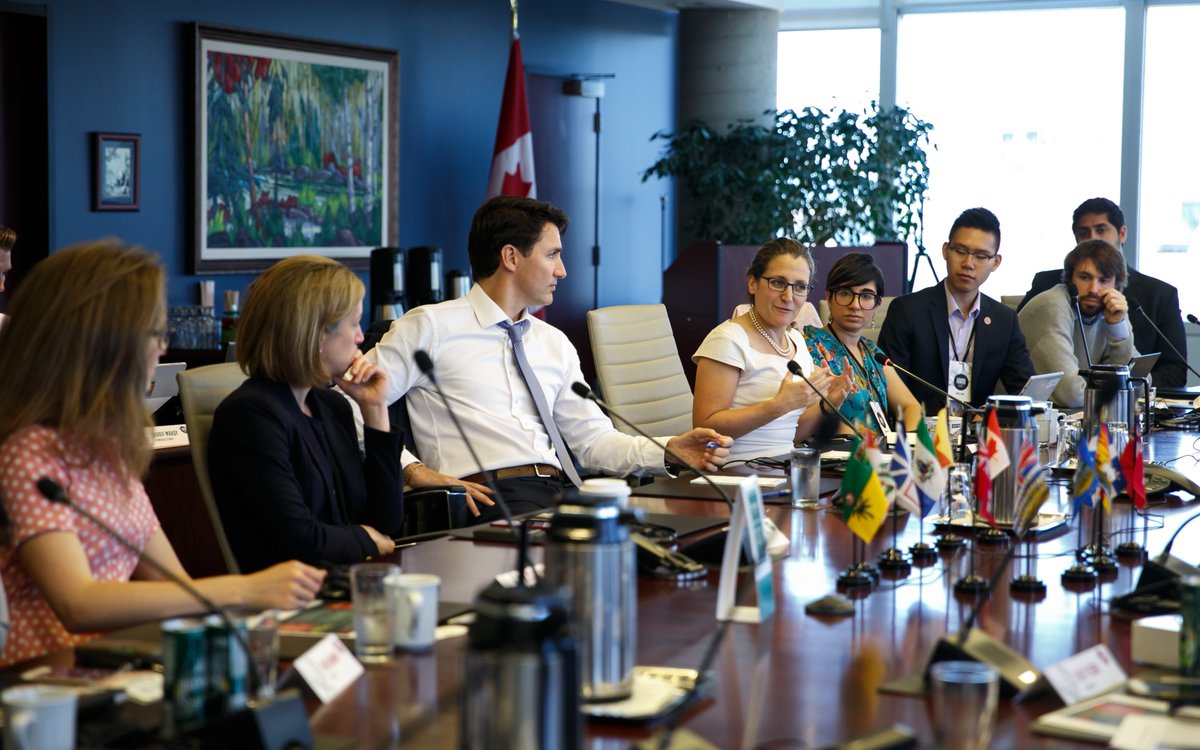 OTTAWA—Prime Minister Justin Trudeau says he can’t imagine President Donald Trump will make good on his threat to impose new tariffs on Canadian autos entering the United States because it would amount to a self-inflicted wound on the U.S. economy.

Trudeau was forced to confront that possibility at his end-of-session news conference Wednesday because the U.S. Department of Commerce is investigating whether to slap a 25-per-cent tariff on cars and light trucks entering the U.S.

Trump is considering using the same controversial national security clause that he used last month to impose tariffs on steel and aluminum imports from Canada and other major American allies.

Trump may pride himself on his unpredictability, Trudeau said, but that can’t possibly include doing damage to American workers and its auto industry, which is so enmeshed with Canada’s.

“I have to continue to believe that leaders will function in the interests of their own country,” Trudeau said.

“I have a hard time accepting that any leader might do the kind of damage to his own auto industry that would happen if he were to bring in such a tariff on Canadian auto manufacturers, given the integration of the parts supply chains or the auto supply chains through the Canada-U.S. border.”

Trudeau said he has no interest in addressing the recent personal attacks from Trump and his top economic advisers. He said his government will stay focused on continuing to advance the argument that current and future tariffs are bad for the work forces in both countries.

Earlier Wednesday, Foreign Affairs Minister Chrystia Freeland said she was heartened by the remarks of Trump’s point person on tariffs.

U.S. Commerce Secretary Wilbur Ross said he doesn’t see Canadian steel as a national security threat to the U.S., and that a revitalized North American Free Trade Agreement could make his government’s tariffs on steel and aluminum go away.

Ross also acknowledged that the U.S. doesn’t have a trade deficit on steel with Canada. In fact, he said it has a surplus with its northern neighbour in terms of dollar value.

Ross was testifying before a U.S. Senate committee examining the tariffs. The duties are based on the premise the countries are threats to American national security under the controversial Section 232 of U.S. trade law.

“We think that is self-evident, and that is what we have been saying from the beginning,” Freeland said of the security issue before applauding Ross’ observation on the trade balance.

“(It was) good to hear all of those comments from him.”

Under a grilling by Republicans and Democrats, Ross heard concerns that looming retaliatory tariffs by allies, including Canada, Mexico and the European Union, would kill American jobs and drive up prices for consumers.

In one key exchange, Ross played down Trump’s national security rationale, and instead linked the tariffs to the unresolved renegotiation of the North American Free Trade Agreement.

“The Canadian steel industry is not being accused of directly and individually being a security threat,” Ross testified. “The national security implication is in the aggregate, all of the steel.”

“Unfortunately, those talks were not able to come to a conclusion,” he said.

“Our objective is to have a revitalized NAFTA, a NAFTA that helps America and, as part of that, the 232s would logically go away, both as it relates to Canada and as to Mexico.”

One Republican lawmaker from Pennsylvania was critical of Lighthizer’s insistence on inserting a five-year sunset clause into NAFTA, a position long decried as a non-starter for the Trudeau Liberals.

“I’m very deeply concerned that the very provisions that Trade Representative Lighthizer is seeking would make NAFTA a much lesser agreement. It would weaken NAFTA. One of them is to have a sunset provision,” said Sen. Pat Toomey, who added it would lead to a “departure of investment from the United States, which would be harmful.”

Toomey said Trump’s use of Section 232 was “wholly inappropriate” and he renewed a plea to fellow lawmakers to support the bill he has co-sponsored with fellow Republican Sen. Bob Corker that would give Congress—not the president—the authority to implement that national security provision.

“I wish we would stop invoking national security because that’s not what this is about. This is about economic nationalism and an economic policy of managing trade.”

Democratic Sen. Michael Bennett challenged Ross to say whether the U.S. has a trade deficit with Canada on steel.

Bennett also asked Ross to explain “the national security rationale for putting a tariff on the Canadian steel industry, with whom we have a trade surplus?”

Ross described the tariffs as a tool to persuade allies to reduce the amount of Chinese steel that passes through their countries and into the U.S. market.

Some partners, including Canada and the European Union have already taken positive steps in that effort, he said.

“The only way we’re going to solve the global steel overproduction and overcapacity is by getting all the other countries to play ball with us,” Ross said of U.S. allies slapped with the tariffs.

“And while they’re complaining bitterly about the tariffs, the fact is they’re starting to take the kind of action, which—if they had taken (it) sooner—would have prevented this crisis.”