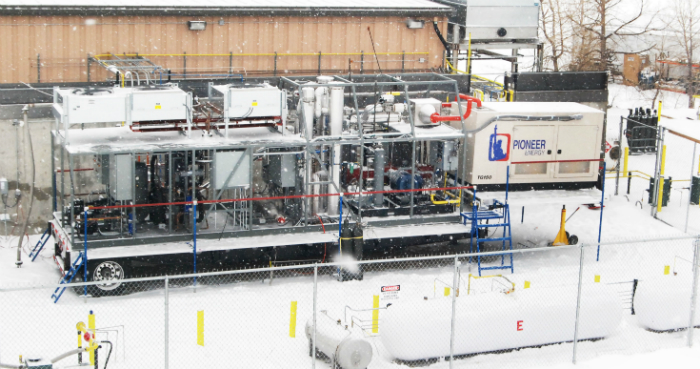 COLORADO—Few in the oil industry can claim that their recovery technologies were designed for use on Mars, but since his days with NASA, Robert Zubrin has come down to Earth to help protect it as its terrestrial resources are squandered.

Zubrin, 62, knows that squandering isn’t exactly a fashionable play in modern society, particularly under the environmental microscope that perpetually scrutinizes the oil industry. After gaining an international reputation for his research into interstellar exploration and the colonization of Mars, which involved the use of alternative fuels, the aerospace engineer chose instead to help the United States return to a firm path towards oil independence, one that could strike a balance that potentially pleases not only industry players, but environmental critics alike.

“It goes back to 9/11. I’m sitting there watching the buildings burn on TV, and saying to myself, ‘what can I do about this?’” recalls Zubrin. “It became clear to me that we were fighting an enemy fronted with oil revenues, and the most constructive thing I could do about it was to find a way to weaken that support.”

Now, after more than a decade of development, Zubrin hopes to have a team deployed to the oilfields of North Dakota by month’s end, ready to prove for the first time that his new oil recovery technology could revolutionize the industry in terms of preventing wastefulness, particularly for what’s known as flaring or venting, a process that involves getting rid of natural gas at an oil well. Flaring is conducted when there’s not enough natural gas on site to warrant building infrastructure to capture it, or sometimes for maintenance and safety reasons. Regardless, an estimated 290 million tonnes of CO2 emissions are produced worldwide each year from gas flaring, and untold billions of dollars are disappearing alongside, says Zubrin.

“It’s something I call an absurdity and an opportunity,” he says. 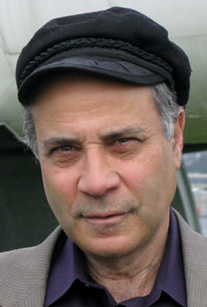 To remedy the problem, Zubrin’s concept for his firm Pioneer Energy, Inc.—which uses the Statue of Liberty for its logo—focuses on mobility, or portability. He’s all about allowing oil companies to capitalize on the natural gas found at well sites, instead of flaring it. He and his team of 40 in Lakewood, Colo., who got business off the ground around 2008, have built an integrated system called a mobile alkane gas separator, better known as MAGS. The system allows companies—and by association, the environment—to take advantage of the flared gas with the aid of an on-site high-tech 40-foot single-axis trailer bed.

“We’re taking what a lot of people see as an environmental problem, and turning it into a resource,” says Zubrin, who speaks with a kind of halting intensity about his work, always catching his breath.

Zubrin’s MAGS system, with its steampunk array of intricate piping and colour wires on wheels, looks like a leftover prop from the 1979 sci-fi film classic ‘Mad Max’, which, appropriately enough, tells a dystopian tale of devastating energy shortages. The rugged trailer bed system works by taking wet flare gas and dividing it into three parts: first, into gases like propane, pentane and butane, which can be tanked and shipped to market; second, dry methane, with all liquids removed; and lastly, ethane. Now, these last two—the dry methane and ethane—can be used to power diesel-based field equipment, such as the MAGS itself, savings thousands of dollars per day.

Although MAGS may look cumbersome at first glance, Zubrin says the reality is quite the contrary. “It can be setup in hours on site,” he says. “This is not a construction project. Just bring it in, park it and hook up three or four lines. That’s the beauty of it: You can just shuffle them around when you need them.”

If MAGS is such a great idea, why haven’t major oil companies used their own immense resources to develop their own oil recovery technology?

“They’ve been waiting for someone else to do it,” says Zubrin. “They’re development-adverse and not very good at original development because the culture is over-bureaucratized. I used to work for Martin Marietta (Corp.) and Lockheed Martin, and it would take us a year to do something there that my company could do in two weeks, because of all the approvals you have to get. Even if a good idea does surface and is approved by six managers, then maybe they’d get it onto next year’s research plate.”

Even if the oil industry did become more involved in oil recovery, Zubrin says there would still be hundreds of wells that wouldn’t even be considered viable options due to the infrastructure or technology that would be required to capitalize on flaring.

“The key concept we don’t want to deviate from is mobility,” says Zubrin, noting it will be the key to his team’s success.

The other key is coolness. MAGS benefits from the refrigeration technology developed for another Pioneer Energy project known as PERT, which stands for portable enhanced recovery technology. Being able to get MAGS really cold is critical, says Zubrin, whose design can get upwards of 50°C cooler than most competing technologies, which bottom out around -30°C.

“The cold knocks all the liquids out of the flare gas,” says Zubrin, noting that the residual liquids taken out are much dryer as well, making them more suitable for generator fuel use.

A single MAGS unit at a typical Bakken oil well can get about 1,600 gallons of natural gas liquids per day. But the system also produces enough quality dry gas to replace 1,700 gallons of diesel fuel per day.

“That’s worth $6,000 a day, and is some four times more valuable than the liquid product itself,” says Zubrin.

PERT takes Zubrin’s Mars synthesis system, “and then essentially runs it backwards.” The technology, which has been in development for nearly a decade, has so far made it to about a half-scale demonstration, says Zubrin. Instead of producing methane and water out of CO2 and hydrogen—as it was designed for Mars—PERT produces CO2 and hydrogen out of methane and water. The two are then separated, and the CO2 can be used to push oil out of tapped out wells. As long ago as 2006, the U.S. was estimated to have about 400 billion barrels of technically recoverable oil, according to data from consulting firm Advanced Resources International, Inc. The remaining hydrogen can be used for fuel or electricity.

Developing this technology has been made possible through a series of grants, including through Alberta’s own Climate Change and Emissions Management Corp. (CCEMC), which offered up $500,000 in spring 2014 for alternative fuel research.

The Market is Ripe

The company’s vision is to rent the MAGS systems within North America, and sell it outside the continent. The company will provide training for how the use the system, while still being able to monitor and maintain the system remotely.

Zubrin says Pioneer Energy is in the final stages of “inking a contract” with a major U.S. oil company. After the initial five MAGS systems are produced, Zubrin estimates that Pioneer’s factory will produce about one MAGS trailer per month. They also have sub-contractors in place to meet surprise large orders.

Despite so many companies jumping into the carbon capture market, Zubrin says it’s nowhere near over-saturated. He believes the world market could easily accommodate some 50,000 MAGS systems.

“The market is gigantic. And it’s getting bigger all the time as methods from the U.S. and Canada spread internationally,” says Zubrin. “We’ve had inquiries from Mexico, Colombia, Nigeria, Kazakhstan. It’s amazing.”

Market interest in Pioneer Energy has also grown since the U.S. has begun to crack down on natural gas flaring in the form of environmental protection legislation. In North Dakota, home of the booming Bakken oil fields, and site of the upcoming field tests for MAGS, the problem of flaring gas drew such furor that in July the state passed new rules to limit the technique.

State officials estimate that about 30 per cent of the natural gas produced in North Dakota is flared. Limitations on flaring will start Oct. 1, and oil wells that don’t meet the new standards will be limited in the amount of oil allowed to be produced.

“The legislation has caused great interest in our company,” says Zubrin, laughing. “Since then we’ve been visited by more than 10 oil companies who want to see our machine and our test site.”