Packaging company adding employees, targeting 10 per cent growth as it prepares to step into the lucrative liquids segment 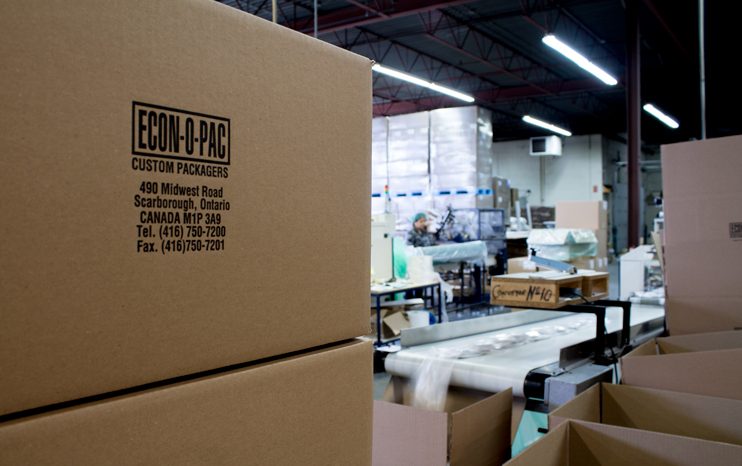 The plant floor at Econopac’s 50,000 square-foot plant in Scarborough, Ont. The company runs a three-shift operation five days a week in the east end of Toronto. PHOTO: David Kennedy

TORONTO—Accustomed to being the last link in the chain, Econopac Ltd. is no stranger to tight timelines and last-minute orders.

The contract packaging company, which operates a 50,000 square-foot plant on the east end of Toronto, specializes in wrapping everything from pharmaceutical samples and blister-packed cosmetics to bottles of cold-brew coffee and cereal box toys.

“When you need a whole bunch of stuff wrapped up real fast, really economically—call us,” Howie Nisenbaum, the company’s vice-president and managing partner, said.

In addition to packaging product for smaller clients that can’t justify buying equipment of their own, the company serves a handful of large pharma firms and a couple of major cereal makers—often wrapping promotional material, such as samples or toys, that fall outside the companies’ core business. 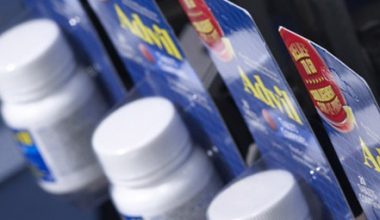 The company exports about 50 per cent of its production—40 per cent to the U.S. and 10 per cent to Europe, Mexico and several other markets. PHOTO: Econopac

Econopac has carved out a healthy share of the specialized market, but is now planning a plant expansion project that will push it into a segment of the market it’s traditionally steered cleared of: liquids.

“The North American market has moved to a Costco purchase of everything,” he said. “You buy a 45-gallon drum of ketchup—on wheels—that sits in your cupboard for the rest of your life. That’s been going on for a bunch of years.”

But with the advent of smaller family units, as well as a younger crowd favouring convenience over economy, Nisenbaum said the market has begun swinging back to smaller, more individualized servings—and packaging along with it.

New machinery
In a push to target the emerging segment, Econopac plans to spend about $750,000 on new equipment and related floor space changes. The majority of the investment will go toward a new specialized piece of equipment designed to take what was once a resource-intensive three-stage process (often involving three separate plants) and condense it down to a single machine.

“The machine itself takes a piece of plastic, it folds it, it thermoforms it into shape, fills it, dye-cuts it out, and pops it out the other end all in the space of 20 feet,” Nisenbaum said.

Made by European automated machinery manufacturer Sarong, Econopac expects the SD9 to help it attract new customers and build out a new segment of its business.

Already operating Italian-made flow pack lines, Nisenbaum said the company had few qualms about sourcing the machinery from across the Atlantic.

To free up space on the floor for the new equipment, the company plans to get rid of a couple of pieces of older machinery. Meanwhile, to ensure the area is suitable for producing nutraceuticals and food products, Econopac is setting up a temperature controlled soft-wall clean room to house the automated machine.

Following the investment, the Scarborough, Ont.-based company expects to boost sales by about 10 per cent.

And though the machinery is largely automated, Econopac anticipates creating about six jobs between new staff on the plant floor and an addition or two to its sales team. Currently the company employs about 80 people in Toronto.

The new equipment is scheduled to arrive by the end of the year and the company expects to be packaging a new line of liquid products by early next year.

This article is part of the Industrial Edge Showcase, featuring Canadian manufacturers who are investing in innovation and technology to boost their competitiveness.