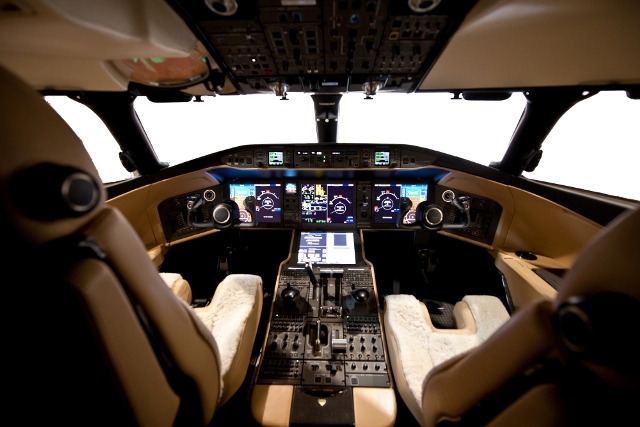 Headed by Bombardier, the consortium is working to develop electrical systems that could replace everything from pilot-controlled mechanical flight controls to traditional pneumatic and hydraulic systems. PHOTO: Bombardier

MONTREAL—The federal government is investing up to $54 million in an aviation industry research and development project spearheaded by Montreal-based plane and train maker Bombardier Inc.

Covering innovation efforts at a consortium of 15 engine makers, equipment manufacturers and academic institutions, the funds will support work on next-generation electric systems that could replace everything from pilot-controlled mechanical flight controls to traditional pneumatic and hydraulic systems.

“The innovations in aerospace design and engineering that result from this multi-partner collaboration will lead to next-generation aircraft with improved performance,” Navdeep Bains, Canada’s Minister of Innovation, Science and Economic Development, said in a statement.

The federal government also said the investment would create future jobs, but did not release specific numbers.

Awarded through the federal government’s Technology Demonstration Program, which covers up to half of project costs, the public funding will leverage up to $54 million in private investment.

According to Afzal Suleman, the president and CEO of Quaternion Aerospace—one of the companies that will receive federal funding—research and development efforts are at the heart of Canadian aerospace industry success.

“The development of advanced innovative technologies has been the underlying foundation for success in the Canadian aerospace industry,” Suleman said. “This project aims squarely at a step-change in aircraft performance with respect to flight efficiency and environmental impact, with the later a consideration likely to increasingly dominate aircraft purchase and operational decisions by customers in the global aviation market.