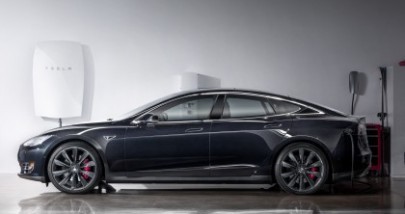 Much of the modern world is powered on lithium-ion technology, including Tesla’s electric vehicles and the company’s energy storage solution, Powerwall. PHOTO: Tesla Motors

CAMBRIDGE, U.K.—Just as lithium-ion batteries reach ubiquity—installing themselves in pockets and purses around the world, in cars and energy storage plants—a more powerful, next-generation solution is emerging from the theoretical drawing board and beginning to take shape.

Researchers at the University of Cambridge have hurdled some of the major obstacles blocking the practical development of a lithium-oxygen battery, a technology that packs significantly more punch than today’s best batteries and rivals the energy storage density of gasoline.

“What we’ve achieved is a significant advance for this technology and suggests whole new areas for research – we haven’t solved all the problems inherent to this chemistry, but our results do show routes forward towards a practical device,” Clare Grey, a professor in Cambridge’s chemistry department and senior author of a new paper outlining the advancement in battery technology, said in a statement.

Lithium-oxygen batteries, also known as lithium-air batteries, have been held up as one of the Holy Grails of chemistry research. With energy density comparable to gasoline, researchers noted an electric vehicle with a Li-air battery under the hood could travel from London to Edinburgh, a journey of more than 400 miles, on a single charge. 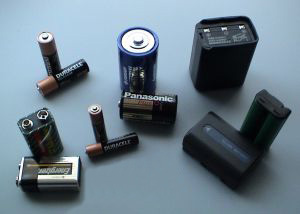 The Cambridge researchers have developed a working laboratory demonstrator of the technology, which has a “very high” energy density and is more than 90 per cent efficient. To date, it can be recharged more than 2,000 times. The prototype relies on a “fluffy” carbon electrode made from graphene and additives that alter chemical reactions within the battery, increasing energy efficiency and making it more stable.

“In their simplest form, batteries are made of three components: a positive electrode, a negative electrode and an electrolyte,’’ Tao Liu, the paper’s first author and a Cambridge chemistry department postdoctoral researcher, said.

“There’s still a lot of work to do,” Liu added. “But what we’ve seen here suggests that there are ways to solve these problems – maybe we’ve just got to look at things a little differently.”

In the mean time, the researchers urged patience, saying a practical Li-air battery is still at least a decade away. If successful, however, the technology has the potential to become a viable alternative to gasoline, greatly advancing clean technology initiatives worldwide by taking gasoline cars off the road and providing an effective large-scale storage option.

“While there are still plenty of fundamental studies that remain to be done, to iron out some of the mechanistic details, the current results are extremely exciting – we are still very much at the development stage, but we’ve shown that there are solutions to some of the tough problems associated with this technology,” Grey said.