Departing from past prototypes, new battery does not use oxygen from the atmosphere, but holds it within a sealed unit, boosting efficiency, lifespan 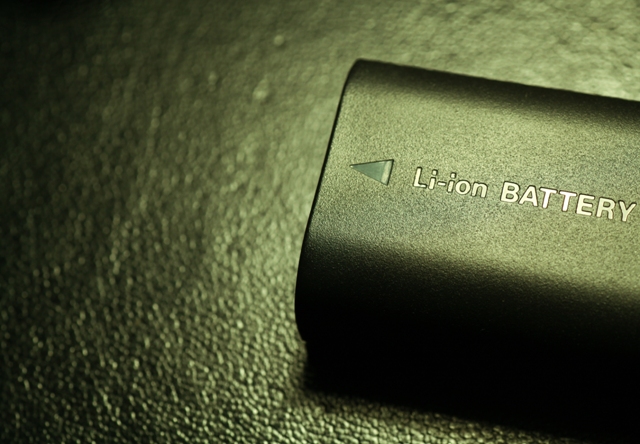 A longtime goal of battery researchers, lithium-air batteries could one day replace the lithium-ion batteries used in everything from pocketable electronics to electric vehicles

CAMBRIDGE, Mass.—A team of researchers working on a new type of lithium-oxygen battery has created a lab-scale prototype that greatly improves on the energy efficiency and longevity of other lithium-air batteries currently being tested.

Unlike conventional versions of the next-generation energy storage device, which draw in oxygen from the atmosphere to drive their chemical reactions, the new battery contains both oxygen and lithium within a sealed unit—a key distinction that results in less lost heat and a greater lifespan, according to the researchers.

To contain normally-gaseous oxygen within the sealed unit, the team—led by MIT professor Ju Li—used nanometer-scale particles that house both lithium and oxygen in the form of a glass, confined tightly within a matrix of cobalt oxide. Known as nanolithia, the particles can transition between LiO2, Li2O2, and Li2O during charging and recharging—all while remaining contained within the solid battery. 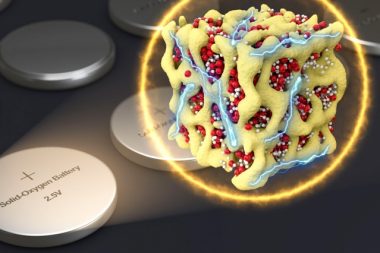 An artist’s rendering of the “nanolithia” developed by the researchers to house lithium and oxygen in a matrix of cobalt oxide. PHOTO: MIT

Long-touted as a potential successor to lithium-ion, lithium-air batteries offer far superior energy density and come close to holding the same amount of energy as gasoline—at least theoretically. Despite years of study, prototypes still often lose as much as 30 per cent of their energy in the form of heat. Meanwhile, oxygen transitioning between its gaseous and solid forms while charging and discharging results in high volume changes to the batteries, and a shorter lifespan than lithium-ion.

The new, sealed lithium-oxygen battery would improve on both of these problems. Just eight per cent of the battery’s electrical energy would be converted to heat and lost, as opposed to 30 per cent in other units. Meanwhile, because oxygen would stay in its solid form throughout the charging and recharging process, the volume changes to the battery would be entirely avoided.

So far, researchers have subject their battery to 120 in-lab charging and discharging cycles. Holding up well, the unit lost less than two per cent of its capacity, which the researchers say could mean for a long, useful lifetime.

Xiulei Ji, an assistant professor of chemistry at Oregon State University, who is not involved in the research, said the says the system is a “foundational breakthrough” for fledgling oxygen battery technology.

“In this system, commercial carbonate-based electrolyte works very well with solvated superoxide shuttles, which is quite impressive and may have to do with the lack of any gaseous O2 in this sealed system,” Ji said. “All active masses of the cathode throughout cycling are solid, which presents not only large energy density but compatibility with the current battery manufacturing infrastructure.”

If the technology proves itself through further testing, the straightforward manufacturing process and compatibility with current lithium-ion architecture could make for a relatively smooth transition into the commercial market.

The team hopes to develop their lab-scale proof of concept into a practical prototype in about a year.