Disruptions and congestion experienced during the past year in southern British Columbia and other west coast supply chains have accentuated the need for additional capacity in Prince Rupert. 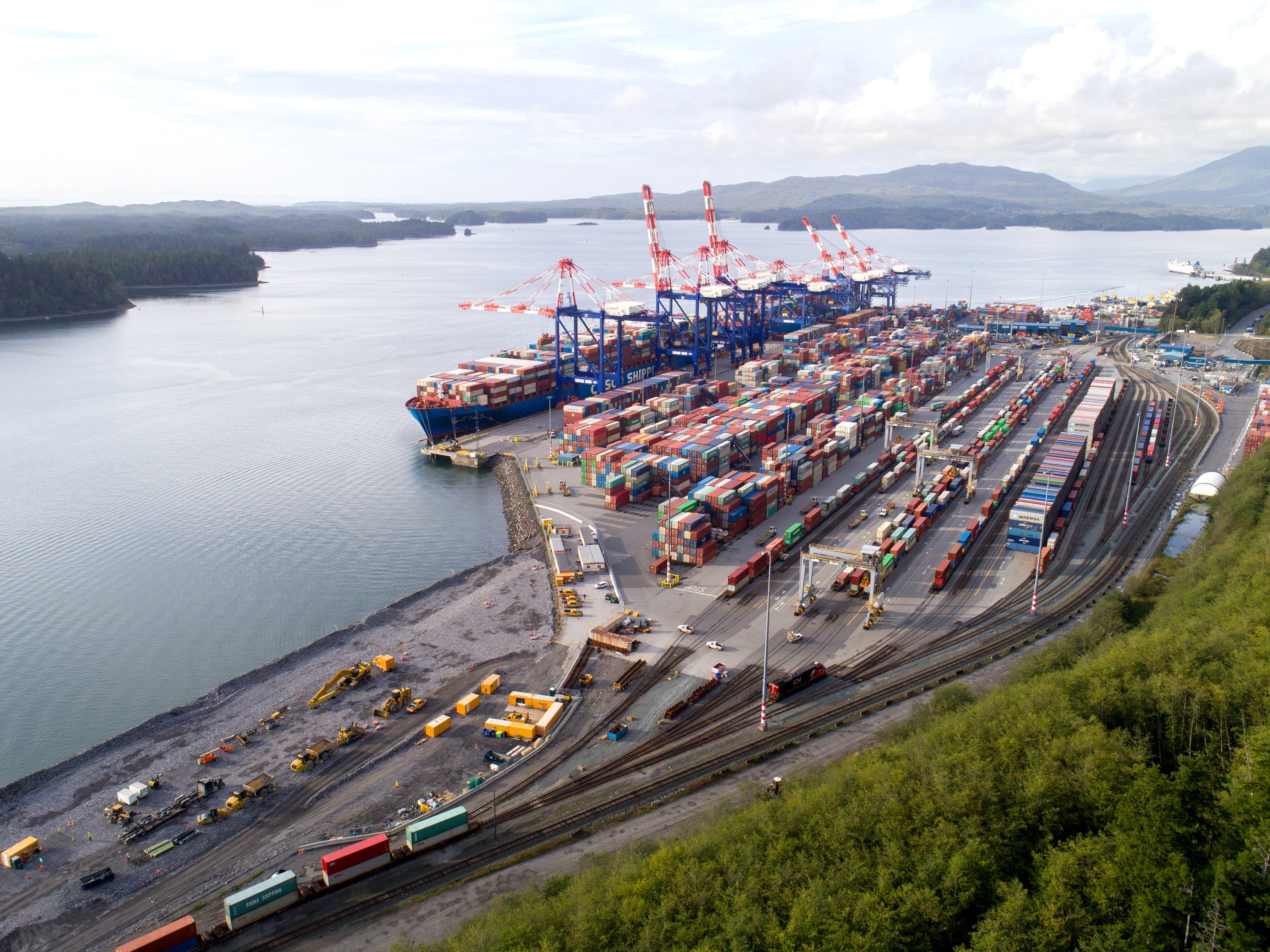 DP World’s Fairview Container Terminal at the Port of Prince Rupert is expanding its capacity to 1.6 million twenty-foot-equivalent units (TEUs) by Q3 2022 and 1.8 TEUs in 2024. (CNW Group/DP World)

PRINCE RUPERT — DP World, a company involved in logistics and a provider of smart supply chain solutions, and the Prince Rupert Port Authority (PRPA) have announced updates to several critical infrastructure projects that will try and make Canada’s west coast more resilient to future supply chain challenges. Disruptions and congestion experienced during the past year in southern British Columbia and other west coast supply chains have accentuated the need for additional capacity in Prince Rupert.

Progress on the Fairview terminal expansion and related logistics projects are an important milestone in a long-term plan to add significant new capacity to the Prince Rupert Gateway and provide a viable alternative in the event of future disruptions.

Fairview Container Terminal capacity will increase to 1.6 million twenty-foot-equivalent units (TEUs) this summer and 1.8 TEUs in 2024

The Phase 2B expansion of the Fairview Container Terminal is a response to the rapid growth in container traffic that Prince Rupert has achieved over the last five years. The first stage of the expansion is now 50 per cent complete and will be finished in July 2022, increasing capacity at the Fairview Container Terminal to 1.6 million TEUs, making it the second-largest container terminal in the country. The second stage of the expansion is set to be completed in late 2024 and will see the terminal’s capacity grow to 1.8 million TEUs.

When complete later this spring, the Fairview-Ridley Connector Corridor will reroute container trucks from local transload and customs facilities directly to Fairview Container Terminal. The road is an integral development for the Port of Prince Rupert’s intermodal eco-system.

Industry has signalled the need for added transloading and warehousing facilities to the Prince Rupert Gateway, and there is an opportunity to increase Prince Rupert’s capacity to containerize and export many of Canada’s key commodities, such as grains, resins, pulp and lumber. To address this need, DP World, Ray-Mont Logistics, and the Prince Rupert Port Authority are in the advanced stages of developing a new logistics facility on Ridley Island for exports.

The Metlakatla Development Corporation and the Prince Rupert Port Authority are also developing an import logistics facility on 34 acres near the Fairview Container Terminal. The South Kaien Import Logistics Facility, which will be integrated into the Prince Rupert Gateway’s innovative logistics hub, is a critical component of the Port Authority’s plan for even further growth by 2030 and another example of the value of collaboration for the economic prosperity for the entire region.