Ray-Mont Logistics is building a container loading operation near Prince Rupert, to facilitate overseas shipping of Canadian crops; the port's container terminal is also being expanded to accommodate increased traffic 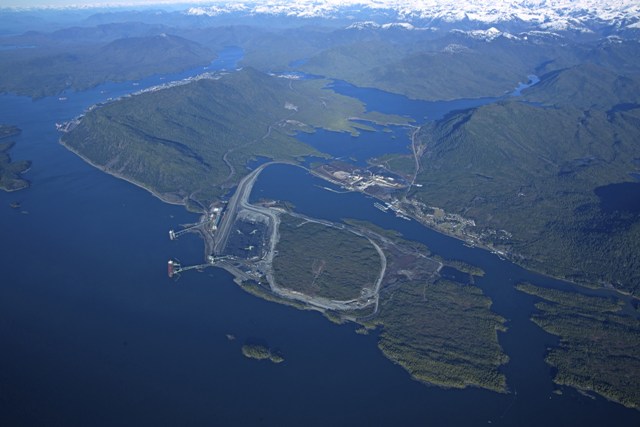 Ray-Mont Logistics, a Montreal-based shipping firm, is developing an integrated logistics and container loading operation at the south end of the Ridley Island Industrial Site, on the recently-constructed Road, Rail and Utility Corridor.

The operation will involve pulses and cereals (such as lentils, peas, beans, soybeans, flax and wheat) as well as other specialty agricultural crops transported by rail, from Western and Central Canada and the U.S. Midwest. The cargo will be transferred to ocean containers for export via the Fairview Container Terminal.

The Fairview Container Terminal is also being expanded to handle an increase in annual volumes from 850,000 twenty-foot equivalent units (TEUs) to an anticipated 1.3 Million TEUs. The expansion is due for completion in August 2017.

Ray-Mont Logistics’ ten-acre loading facility will include a rail loop corridor in excess of 100 railcars, a grain dumper pit and a conveyance system. The facility will be operational in time for the 2017/18 crop year, this fall, and is expected to employ 40 people.

“It is our pleasure to be working with the Prince Rupert Port Authority and its partners to establish a new transload facility in the Port of Prince Rupert, and continue to pioneer efficient services for connecting North American crops to overseas customers,” said Charles Raymond, president and CEO of Ray-Mont Logistics International.