Ontario looks at merging ambulance services; Ford says service will not go down 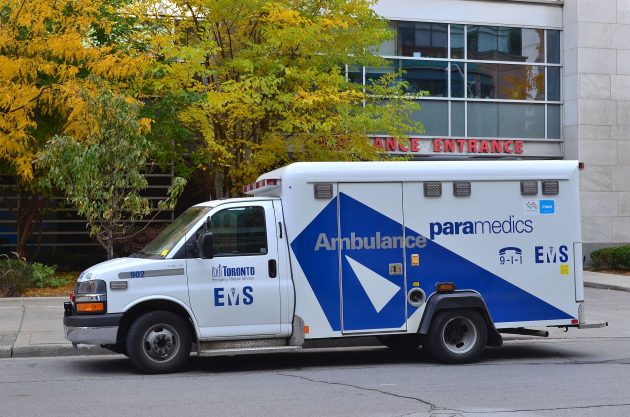 TORONTO – Ontario is looking at merging ambulance services, but the premier is guaranteeing that the move will not result in fewer paramedics.

In its budget delivered last week, the Progressive Conservative government said it plans to streamline the way land ambulance dispatch services are delivered by integrating the 59 emergency health services operators and 22 dispatch centres.

The Association of Municipalities of Ontario said the government told them that their intent is to move to 10 ambulance services through restructuring.

“AMO is shocked with today’s news and deeply concerned,” executive director Pat Vanini wrote in a recent letter. “There is no ready information on the government’s plan to do this restructuring, how it was determined, let alone what happens to cost sharing.”

AMO said Tuesday that the government had since assured them it would work with the association, as well as municipal governments and stakeholders.

Premier Doug Ford said that no firm decisions have yet been made.

“We just want to make sure that we drive efficiencies and that’s what we’re looking at,” he said Tuesday after an announcement in Markham, Ont. “So nothing’s carved in stone, but we’re going to look at everything. Anything that we can increase the service, make it better and save the taxpayers money, we’re all in.”

But, he said, service would not go down.

“There’s always going to be the same number of paramedics – 100 per cent,” he said. “That’s a guarantee.”

“It’s to provide the best quality care to patients and making sure that everyone is connected, that they have the right communications tools, that we can put as many front-line providers in place as possible, so the paramedics that are already doing the great work in our communities will continue to do so,” she said. “In fact, we will probably need more of them in order to allow them to provide the service.”

Jason Fraser, with the union representing most of Ontario’s paramedics, said the government needs to reach out, because that hasn’t happened yet.

“It’s hard to know what will happen when there’s been no transparency from the government to the stakeholders,” he said. If this is a further download of costs to municipalities, I think some of our current problems of potentially not having enough resources readily available now will potentially worsen in the future.”

“The amalgamation of ambulance services is a threat to public safety and a reckless way to find savings,” he said in a statement. “Local knowledge helps dispatchers send first responders quickly and more accurately to locations. Directing ambulances through regional hubs is likely to increase response times, leaving people waiting for life-saving services and putting their lives at risk.”

The budget also mentions that the government will explore allowing paramedics to take patients to facilities other than the local emergency department, which Elliott said could mean a community mental health facility. The previous Liberal government had said in 2017 that it was going to make that change.