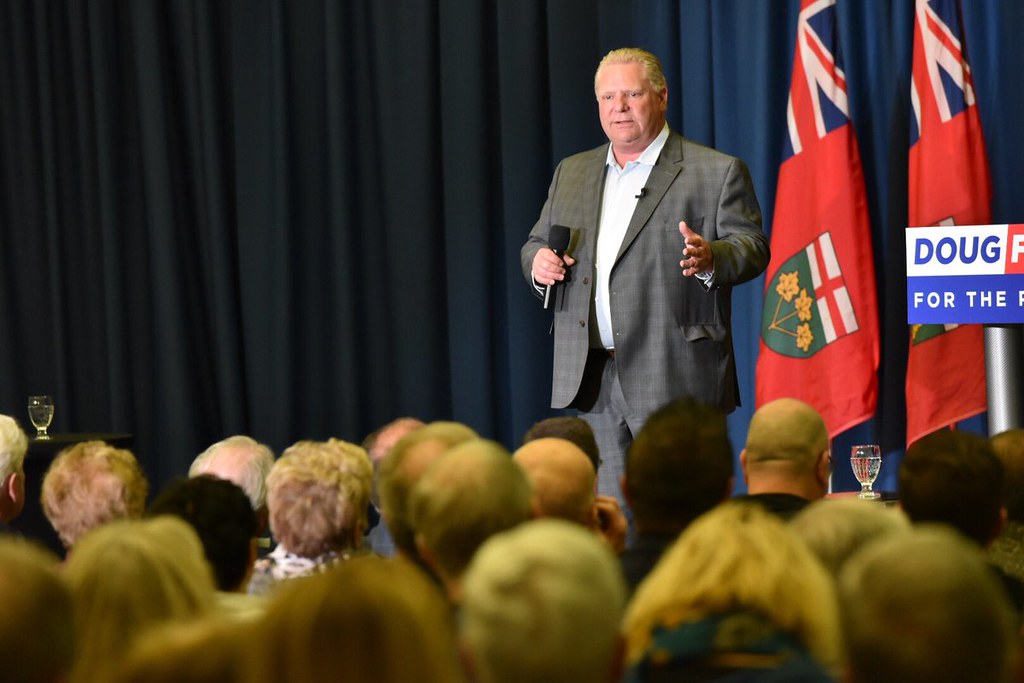 Ontario will move ahead with some of its controversial municipal funding cuts for public health and child care next year, Premier Doug Ford announced Monday at a gathering of municipal leaders in Ottawa.

The Progressive Conservative government tried to force retroactive funding cuts this year but had to cancel them after municipal leaders complained their annual budgets had already passed.

After Ford paused this year’s planned cuts—to public health, child care and land ambulance funding—it was unclear whether they would go ahead next year. His office now says some of those changes will take effect Jan. 1.

“We recognize our government moved quickly when we came into office to address our inherited challenges,” Ford said at the gathering of the Association of Municipalities of Ontario. “But we’ve listened to you.”

Prior to the changes announced by the Ford government last spring, municipalities had varying public health cost-sharing arrangements with the province—with Ontario paying 100% or 75% in some cases.

The new plan will see all municipalities—including Toronto—pay 30% of public health care costs. Under the initial plan, Toronto would have been on the hook for 50 per cent of the cost.

Starting on Jan. 1, municipalities will also have to pay 20% of the cost of creating new child care spaces, which the province previously fully funded.

Toronto Mayor John Tory had warned that the public health cuts would affect services like children’s breakfast programs, vaccination programs, and water quality testing, and that the child care cuts would jeopardize subsidies.

He and the mayors of Ontario’s largest municipalities had slammed the various cuts to municipal funding earlier this year, characterizing them as “downloading by stealth.”

For weeks, the premier and his cabinet ministers had defended the cuts as necessary to tackle an urgent financial situation, and said municipalities needed to do their part, as the recipients of a large share of provincial dollars. The government is trying to eliminate an $11.7-billion deficit.

In the midst of taking heat from municipalities over the cuts this spring, Ford announced up to $7.35 million in total for audits to help them find savings in their budgets. Ford’s office said Monday that 34 out of 39 eligible municipalities took the province up on its offer.

All school boards were also eligible to apply, but the premier’s office said only two did, so the deadline for them to apply is being extended to Aug. 30.

AMO President Jamie McGarvey, who introduced Ford at the event Monday, said municipalities understand the province’s goals and urged the government to work with civic leaders.

“We cannot achieve these things with abrupt, unilateral changes and it will take more than simple belt tightening to make things better,” McGarvey said. “Working together, we can avoid unnecessary turmoil, and respect the essential front line-services that our governments deliver.”