Freshly-minted Ford CEO Jim Hackett addressed his company and the media during an event at Ford's Dearborn headquarters; here is a look at the comments he made and the deeper meaning behind them 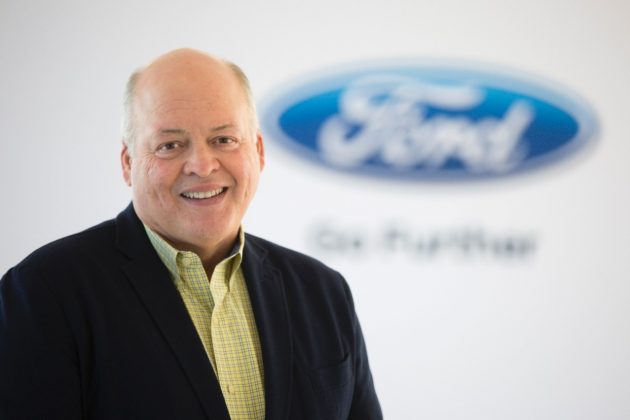 DEARBORN, Mich.—Ford’s new CEO, Jim Hackett, revealed a little about his plans, and a lot about himself, when he talked to media after his appointment.

Here are four of the comments the former head of Steelcase Inc. made at Ford’s Dearborn headquarters and the deeper meaning behind them:

What he said: “Any time this Rubik’s cube is being turned around, we have just as much advantage in that future as anyone else. We have a right to it. And what we have, that won’t be lost, is this great vehicle business. The number one vehicle in the world is built by Ford Motor Co., and that’s not lost on me. The license you get to make change is from your care where all the earnings are coming from.”

What he meant: Ford, like every major automaker, is at a crossroads. The company has to keep churning out vehicles and keeping them fresh in order to make the money it needs to invest in future modes of transportation, like self-driving cars. Former CEO Mark Fields, who retired over the weekend, was criticized for letting popular vehicles like the Ford Escape get dated and for not bringing a subcompact SUV to the U.S. market more quickly.

Hackett is making clear that he will keep a close eye on the automotive business, which was responsible for 90 per cent of Ford’s $10.4 billion pretax profit last year. The F-Series pickup and the Focus sedan are both among the world’s bestselling vehicles. At the same time, he doesn’t want employees to think of Ford as an “old” company that can’t compete with Google or Tesla when it comes to technology. Hackett said Ford’s new mobility efforts, which he has led for the last year, have been moving quickly, although it’s not yet clear when they will turn a profit.

“I just want you to be patient. That news will come as we have success,” he said.

What he said: “We’re a global company and we want to own our strategies about where we play and how we win. We’ll be producing product all over the world. We have to do that. The supply chain is designed and interacts in ways that you simply can’t undo. Really, I had nothing to do with the previous decision in Mexico, but I think we made that decision not for political reasons but for business decisions, and they still are sound today.”

What he meant: Hackett moved work from the U.S. to Mexico when he was at Steelcase, and he’s unapologetic about it. That might not sit well with President Donald Trump, who at one point threatened a 35 per cent tariff against companies that move work abroad. The White House is planning to renegotiate the North American Free Trade Agreement.

Trump was critical of Ford throughout last year’s campaign after the company announced it was building a $1.6 billion plant in Mexico to make small cars. In January, Ford abruptly reversed course and said it would not built the Mexico plant after all. But as Hackett implies, that decision was made because of a slowdown in demand for small cars, not Trump.

What he said: “What (Ford) doesn’t do as well, it doesn’t handle, is when there’s lots of complex strategy questions. I’m trying to design a team that’s a little closer to (Ford Executive Chairman) Bill (Ford) and I that allows us to make decisions very clearly for the organization. So that will be the first thing. The second thing is that the fitness of the business is always an objective. It never can relax. My old football coach used to say, ‘You either get better or worse, you don’t stay the same.”’

What he meant: Hackett has given two top executives, Jim Farley and Joe Hinrichs, broad portfolios overseeing most of the business. He’s trying to cut down on the number of people at the table so the company can make decisions more quickly. By contrast, Fields had 20 direct reports, and Bill Ford said big decisions were getting mired in bureaucracy.

Hackett also said—multiple times—that keeping the business “fit” is a high priority. He wouldn’t say if that would be accomplished with job cuts, but his turnaround of Steelcase included thousands of layoffs. Ford has already begun that process: Last week, before Fields left, the company said it would cut 1,400 white-collar jobs in North America and Asia.

What he said: “Over the years, what happens at big corporations is the bureaucracy and hierarchy probably overwhelms what could be faster decision making, clearer understanding, teams working collectively, but in addition, fun. (Bill Ford and I) both tease each other, we like to have fun. We both work really hard, we’re both really competitive, but we want people to come to work thinking they can have a great day here. There’s pockets of this that exist, but we want to make it more emphatic.”

What he meant: Ford has more than 200,000 employees around the world. It’s a 114-year-old company with a long history of infighting and a Byzantine bureaucracy. Bill Ford thinks Hackett is someone who can change that culture by clearly communicating goals and empowering workers. Bill Ford compared Hackett to former CEO Alan Mulally, another outsider who led Ford back to profitability between 2006 and 2014 and achieved hero status along the way.

“Alan really captured the hearts and minds of our employees and made them feel not only could they win but they were going to win. We will see the same with Jim,” Bill Ford said.

Scott Cook, a friend of Hackett’s and the chairman of Intuit, agrees. Hackett, he says, “is loved by people because he leads from the positive as opposed to ego or threats.”