In a major shake-up, the company will offer voluntary early retirement packages to a whopping 15,000 of its workers, including 600 in Canada 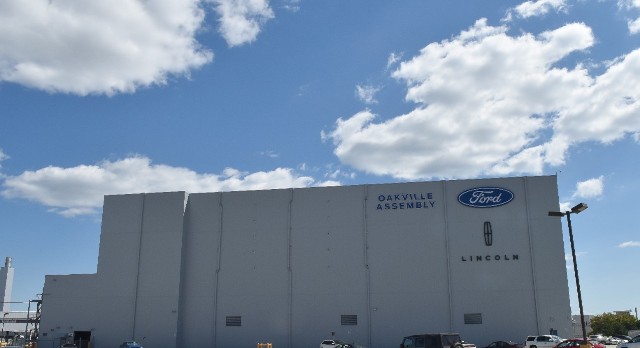 The automaker says it will offer voluntary early retirement and separation packages to 600 workers in Canada. PHOTO: Ford

DETROIT—Ford Motor Co. has confirmed plans to cut 10 per cent of its salaried jobs in North America and the Asia Pacific region this year, about 1,400 positions.

Company spokesman Mike Moran says voluntary early retirement and separation packages will be offered to about 15,300 workers, including 600 in Canada.

He says the automaker expects to meet its job-reduction targets without layoffs.

Ford says the positions to be cut include those in human resources and marketing, but exclude other types of skills such as product development, information technology and plant manufacturing.

More than half of the affected staff are in the United States, which has 9,600 of the eligible positions. Mexico has 1,000 and the Asia-Pacific region including China has 4,141.

The company says it will release more details to employees in June and expects the departures to be done by September.

“We remain focused on the three strategic priorities that will create value and drive profitable growth, which include fortifying the profit pillars in our core business, transforming traditionally underperforming areas of our core business and investing aggressively, but prudently, in emerging opportunities,” Ford said in an email sent to employees early Wednesday.

“Reducing costs and becoming as lean and efficient as possible also remain part of that work.”

Ford’s stock price has fallen nearly 40 per cent over the last three years as investors worry that sales in the U.S., its biggest market, are peaking.

The company is also spending heavily on technology with an uncertain future, like self-driving vehicles. Earlier this year, it announced an investment of US$1 billion over five years in Argo AI, an artificial intelligence startup.