Newer producers, many of which were started pre-pandemic in the last couple of years, are being shut out of distributing their product. 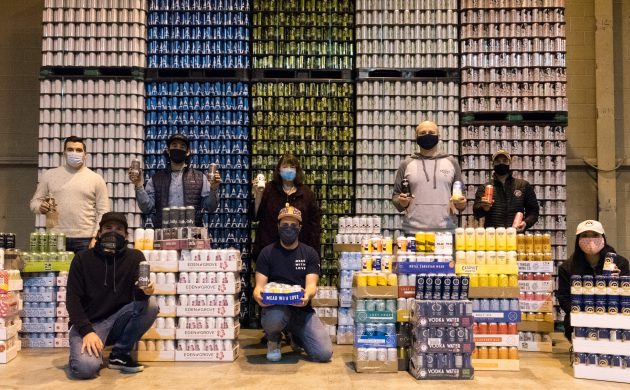 TORONTO — As Ontario’s small businesses fight for survival during the current COVID-19 emergency, the Independent Craft Producers of Ontario (ICPO) is calling on the Ford government to allow Ontario’s newest and some of the smallest alcohol producers to conduct direct online sales. These 100 producers commonly known as “contract producers” are all fully licensed by the Alcohol and Gaming Commission of Ontario (AGCO) yet do not yet have physical breweries or stores. Pre-pandemic, there were no clear regulations on online alcohol sales, but in September the AGCO mandated that a producer must have a pre-existing physical brewery and store to enact e-commerce.

The result is that these newer producers, many of which were started pre-pandemic in the last couple of years, are being shut out of distributing their product to their customers while thousands of Ontario bars, restaurants and more established, bigger breweries are free to conduct direct online sales.

ICPO’s producers are following the path of virtually every established brewery in contracting host breweries to make their distinctive recipes. They follow the same AGCO regulations & policies, brewing practices, taxation, and reporting requirements as physical brewers, and they hold the same manufacturing licenses for sales.

The urgency of addressing this lack of fairness is even greater now that Uber has announced that it is buying Drizly, the big online alcohol delivery service. It is believed that Uber plans to dominate online alcohol sales and delivery as it has in other sectors, which will put smaller Ontario businesses at a real disadvantage to the bigger players. Small Ontario craft companies will be at the mercy of “big business” which will likely favour multi-national brands over craft companies with less resources.

Collectively, the small businesses represented by ICPO employ close to 1,200 Ontarians directly and more than 1,000 indirectly. These jobs are now at serious risk without the e-commerce sales necessary for their survival during the pandemic. They all buy Ontario ingredients and contract for goods and services through Ontario companies. The financial impact to the Ontario economy is staggering: