The initiative comes at a time when small brewers are feeling the pinch from U.S. aluminum tariffs, which are increasing prices and delaying can orders 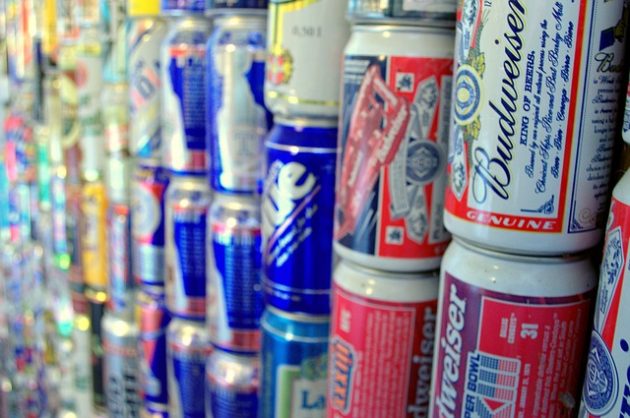 The price and availability of beer cans is hurting small brewers.

Many of Ontario’s craft beer brewers refuse to sacrifice quality and lower their prices to a loonie per can despite the new Progressive Conservative buck-a-beer plan.

Instead, consumers may soon be paying more for small-batch suds as brewers adjust to higher prices for cans amid a trade war with Canada’s southern neighbour.

“I would argue that no one in Ontario—at least no one in the Ontario craft brewing market—can possibly afford to sell their beer at that price and make … any money,” said Matt Gibson, manager of corporate sales and marketing for Burlington, Ont.-based Nickel Brook Brewing.

Premier Doug Ford announced Tuesday his government would lower the minimum price of a bottle or can of beer with an alcohol volume below 5.6 per cent to $1 from $1.25. The provincial government will offer a number of non-financial incentives, like prime spots in Liquor Control Board of Ontario stores and advertising in flyers or inserts, to companies that participate.

Related: Ontario to offer incentives to brewers in buck a beer plan

A number of the province’s craft brewers decried the policy—a highly publicized campaign promise—on social media, saying they could not afford to participate without sacrificing the quality of their product.

Nickel Brook Brewing would have to skimp on ingredients, fire some employees to reduce labour costs or accept the product as a loss leader to be able to charge a loonie, said Gibson, adding all three options are non-starters.

The sole brewery that will reportedly offer a $1 beer so far is Barley Days Brewery, where Ford made the announcement. It did not immediately respond to a request for comment.

It’s unclear how the larger brewers will respond. Molson Coors Canada, the country’s second largest industry player according to a recent report by market-research firm IBISWorld, does not publicly comment on pricing, said spokesman Josh Stewart in an email. The other two largest companies, Anheuser-Busch InBev and Moosehead Breweries, did not immediately respond to a request for comment.

The government incentives for companies that can afford to participate, like prime shelf space, concern Nickel Brook Brewing and many other craft brewers.

The brewery regularly pays thousands of dollars for such benefits and they tend to result in a sales uptick, he said. If Nickel Brook Brewing can’t participate in as many of these programs because they’re being given away, he said, that will inevitably impact sales.

Muskoka Brewery, which operates out of Bracebridge, Ont., also can’t lower its prices while maintaining beer quality and paying their employees a living wage, said president Todd Lewin, who added there’s some shock and surprise over how the government plans to roll out the policy.

“For sure, it’s a concern that the playing field isn’t level,” he said.

Companies like his “invest quite heavily” in participating in those kinds of programs, Lewin said, and seeing others get that space for free “just doesn’t feel very fair.”

U.S. President Donald Trump imposed a 10 per cent fee on metal imports in early July. That decision resulted in longer wait times for can orders for breweries like Nickle Brook, said Gibson, as larger companies that need cans for their products placed much larger orders.

The brewery’s lead time for orders jumped from eight weeks to 20 weeks or more, he said. The company’s been forced to use cans for less popular beers to house its better-selling brews and slap stickers on them indicating what’s inside.

“We’re using whatever cans we have on hand right now to keep up with demand,” Gibson said. “If we don’t put cans out, we go out of business.”

Some breweries will really struggle over the next couple of months because they’ll be unable to get any product out, he predicted.

Higher prices for consumers will start to show up in stores soon, he said, as companies pass on at least part of the increased cost for cans onto beer drinkers.

“It’s just something that affects the bottom line,” he said, adding the company reviews its pricing quarterly and will do so again in the fall based on a multitude of factors, including the new aluminum tariff.

“I think it’s still up in the air a little bit.”