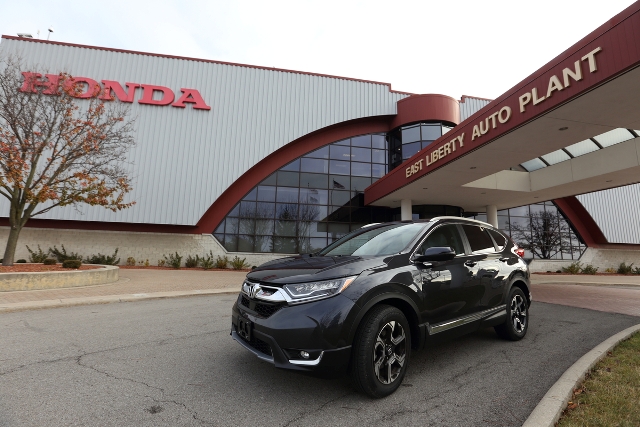 The Honda CR-V got a major redesign for 2017. PHOTO: Honda

EAST LIBERTY, Ohio—Honda Motor Co. has kicked off production on the fifth generation of its compact SUV at its manufacturing plant in central Ohio.

Starting the lines earlier this week, the East Liberty Auto Plant is the first U.S. site to lead manufacturing operations for the Japanese automaker’s CR-V.

The milestone comes at an important time for the brand’s small SUV. Car sales have slumped significantly this year as North American customers increasingly embrace SUVs and trucks. Aside from pick-ups, the CR-V was the best-selling vehicle in the U.S. during the late summer months.

The 2017 redesign of the Civic-based SUV is longer than the previous generation and its exterior appears more rounded.

Along with the East Liberty plant, a pair of Honda facilities in Indiana and Canada will also produce the CR-V for the North American market.

While the Alliston, Ont. kicked off global production of the 2016 Civic last year, it was forced to play second-fiddle to Ohio with the CR-V launch. The Toronto-area campus builds the SUV at the second of its two plants.