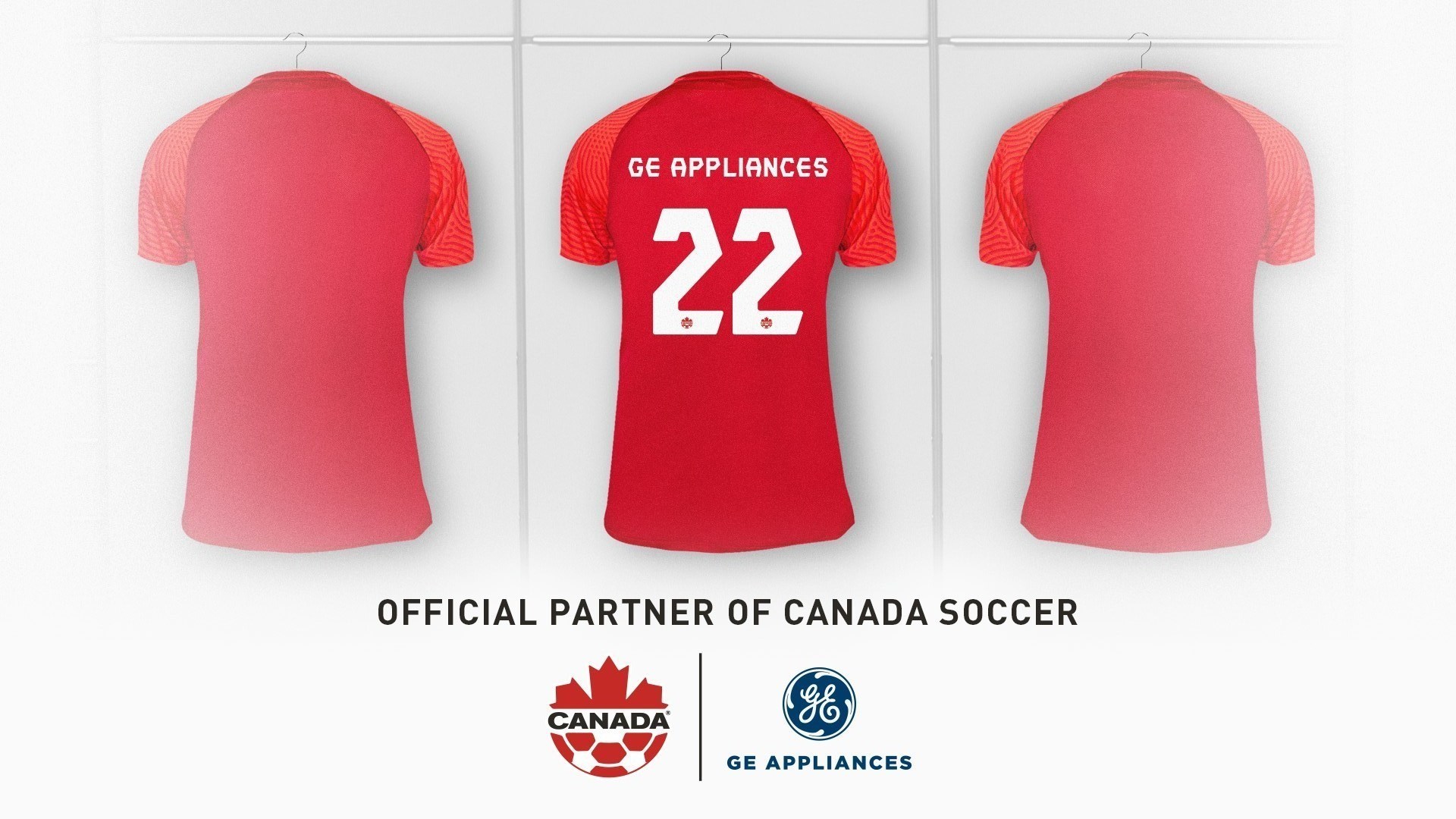 TORONTO — GE Appliances Canada announced a multi-year partnership with Canada Soccer. As part of its ongoing commitment to soccer in Canada, the brand is now an official partner of Canada Soccer’s National Teams as their first-ever appliance brand partner.

The partnership will kick off ahead of Canada’s first FIFA World Cup Qatar 2022. GE stated that since 2019, they have been committed to growing the sport in Canada and have partnered with professional teams across the country, developed academy-level programming to uplift youth players and run charitable programs within the communities.

“When we started out, we were clear we wanted to take our sponsorship of soccer to the next level. GE Appliances wanted to go beyond being a typical corporate sponsor,” said Bob Park, Chief of Brands for GE Appliances Canada in a statement.

“We want to be a true supporter, committed to developing and elevating the beautiful game in Canada and on the world stage. Whether it’s the National Teams or our fiercely dedicated soccer fans, Canadians have an unrivaled passion for this sport. GE Appliances has always had a relentless dedication to quality and innovation, our partnership with Canada Soccer was a natural fit.”

According to GE Appliances, soccer is one of the fastest growing participatory sports in Canada, and this year will mark an exciting chapter for Canada Soccer as the Men’s National Team is set to continue on the road toward the FIFA World Cup Qatar 2022 in the coming months. The Women’s National Team has its sights set on the FIFA Women’s World Cup Australia / New Zealand 2023.

“We’re thrilled to be welcoming GE Appliances Canada as a partner and an official supporter of the Canadian Soccer community,” said Dr. Nick Bontis, Canada Soccer President in a statement.

“GE Appliances strives to instill quality and excellence in everything they do, values that we bring on and off the pitch each and every day. With a shared passion for the advancement of the sport in Canada, we can’t wait to work together to bring this partnership to life.”

The multi-year partnership between GE Appliances and Canada Soccer will launch with in-stadium branding and signage during home matches as well as broadcast integration and will be followed by PR, digital and social media executions in the months to come.