Ford will stop making cars for North America, eyes US$25B in savings by 2022

CEO Jim Hackett said the changes, meant to improve profitability, include getting rid of all cars for the North American market except for the Mustang sports car and Focus crossover 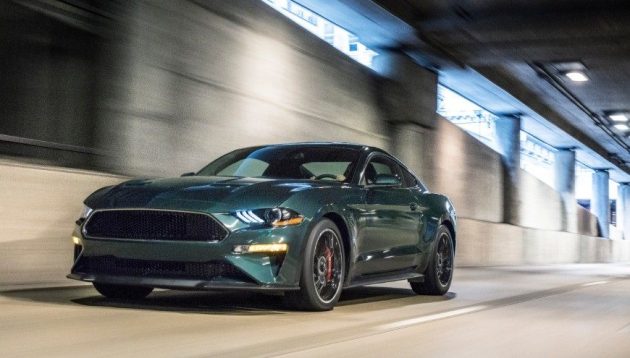 The Ford Mustang muscle car will be one of just two cars produced by Ford as the automaker pivots to trucks. PHOTO: Ford Motor Co.

DEARBORN, Mich.—Ford Motor Co. will shed most of its North American car lineup as part of broad plan to save money and make the company more competitive in a fast-changing marketplace.

The changes include getting rid of all cars in the region during the next four years except for the Mustang sports car and a compact Focus crossover vehicle, CEO Jim Hackett said as the company released first-quarter earnings.

The decision, which Hackett said was due to declining demand and profitability, means Ford will no longer sell the Fusion midsize car, Taurus large car, CMax hybrid compact and Fiesta subcompact in the U.S., Canada and Mexico.

Exiting most of the car business comes as the U.S. market continues a dramatic shift toward trucks and SUVs. Ford could also exit or restructure low-performing areas of its business, executives said.

The company has found another $11.5 billion in cost cuts and efficiencies, bringing the total to $25.5 billion expected by 2022, Chief Financial Officer Bob Shanks told reporters. Savings will come from engineering, product development, marketing, materials and manufacturing. The company previously predicted $14 billion in cuts by 2022.

One-third of Ford’s belt-tightening will come by the end of 2020, Shanks said.

“We’re starting to understand what we need to do and making clear decisions there,” Hackett said.

Ford also promised to raise its operating profit margin from 5.2 per cent to 8 per cent by 2020, two years earlier than a previous forecast. That includes a 10 per cent pretax margin in North America.

The company said its first-quarter net income rose 9 per cent due largely to a lower income tax rate.

Pretax automotive earnings fell $443 million to $1.7 billion, mainly due to higher metals costs such as steel and aluminum.

Investors reacted favourably to the earnings. Ford stock rose nearly 3 per cent in after-hours trading Wednesday to $11.40. Through the close of regular-session trading Wednesday, it has fallen about 11 per cent so far this year.

The cost savings will come by optimizing digital marketing and discounts on vehicles, as well as putting multiple vehicles on five flexible global architectures in the next few years. The company currently builds vehicles on nine platforms that aren’t as flexible.

Shanks said Ford is “unleashing the creativity of the teams to challenge norms, challenge conventions.” Cuts and efficiencies are not done yet, he said.

Lower-performing areas will be targeted for restructuring and some areas could be targeted for “disposition,” Shanks said. Shanks defined disposition as a different business model, efficiency improvements, exiting or downsizing. “Whatever it takes,” he said.

Shanks wouldn’t say if employees would be cut but said nothing is off the table.

Executives talked about the need to further improve operations in Europe and South America.

“We’ll restructure as necessary and we’ll be decisive,” Hackett said.