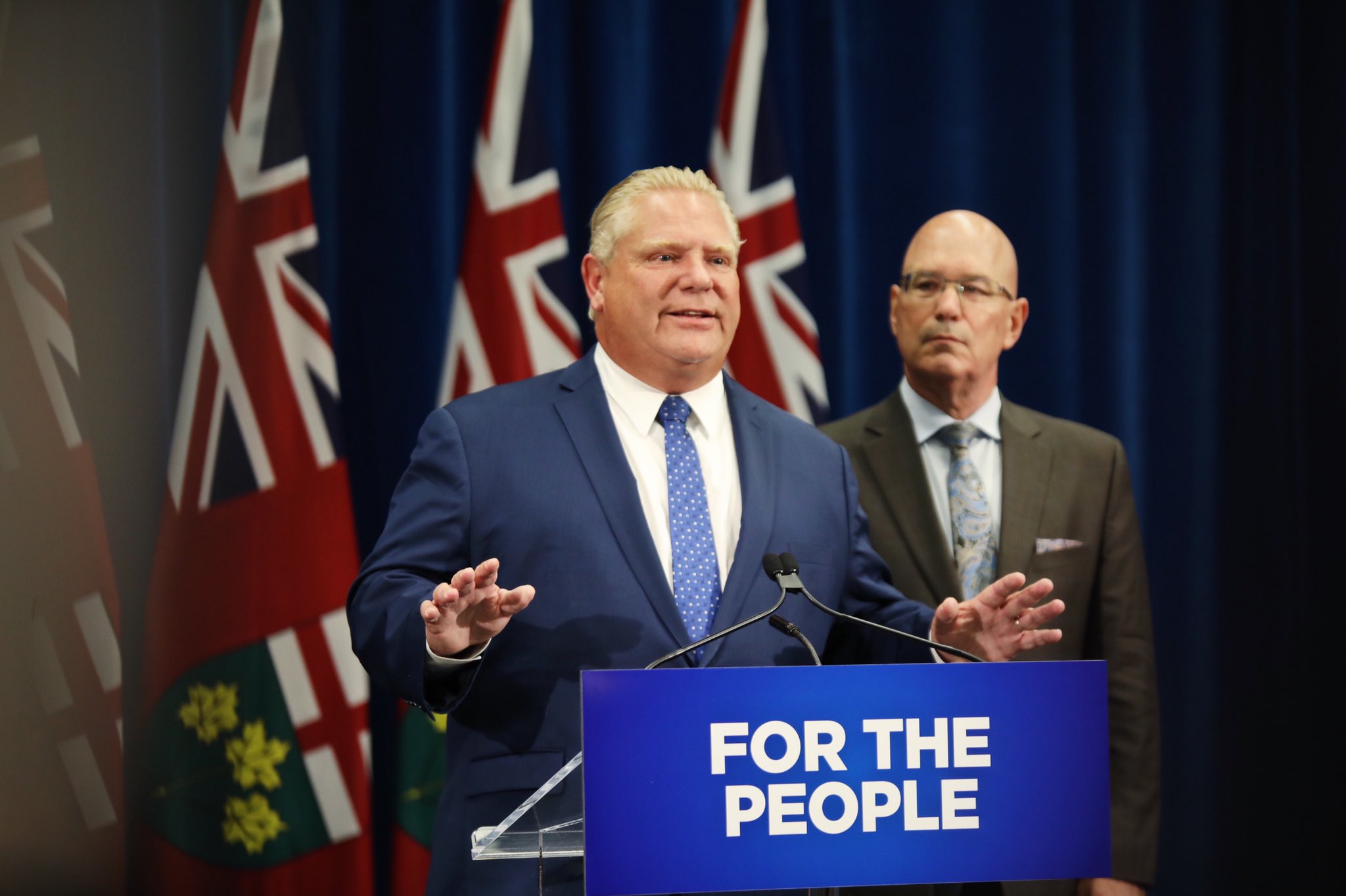 TORONTO — Ontario’s premier dove into the simmering trade battle between Canada and the United States on Aug. 7, slamming the American president for disloyalty while urging the province’s residents to join the fight by supporting local industry.

Doug Ford’s comments came on the heels of U.S. President Donald Trump’s decision to reinstate 10% tariffs on aluminum imported from Canada, a move he described as necessary to protect American interests.

The federal government struck back on Aug. 7, with Deputy Prime Minister Chrystia Freeland announcing Ottawa would impose $3.6 billion in tariffs of its own that she said will match the impact of the U.S. measures “dollar for dollar.”

Ford, who has voiced support for the polarizing U.S. leader in the past, accused him of outright betrayal on Aug. 7 and urged Ontario residents to join in the effort to fight back.

“I’m a businessman, and I would never go after my number-one customer and slap them in the face like President Trump did to the Canadian public,” Ford said at a news conference. “We will come back swinging like they’ve never seen before.”

The two sides haggled over aluminum in the years leading up to the new deal.

The U.S. previously imposed a 10% aluminum tariff between June 1, 2018, and May 17, 2019, along with a 25% import tariff on Canadian steel. Canada retaliated with $16.6 billion in tariffs on U.S. products, including ketchup, ballpoint pens, licorice, orange juice, whisky and toilet paper.

At the time, Canada focused on products that would cause pain in electoral districts held by key Republicans, something that could be done again given the looming U.S. presidential election.

During a speech at a Whirlpool manufacturing plant in the battleground state of Ohio, Trump accused Canada of breaking a promise not to flood the U.S. market with the Canadian metal. Canadian officials have vehemently denied the claim.

Both Ford and Freeland criticized Trump for making the move in the midst of the COVID-19 pandemic that has wreaked economic havoc around the world.

Ford said Ontario has a role to play in challenging the tariffs, calling the province an “economic powerhouse” in North America.

Ford said Ontario conducts $390 billion worth of business with the U.S., adding a consumer shift towards locally produced goods would “hit them where it hurts.

“Even if we do one in 10 purchases that say ‘Made in Canada’ on it, that’s close to $17 billion,” he said. “That’s tens of thousands of jobs. That’s how we can retaliate.”

Ford called on Ontario manufacturers to more aggressively label their products as “made in Ontario” to enable customers to make local purchases.