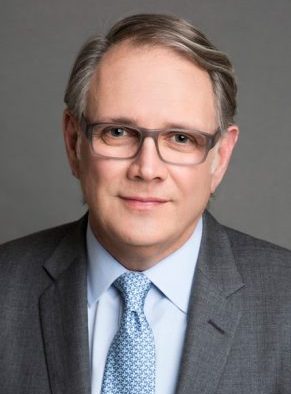 TORONTO — Canada’s manufacturing industry is deeply frustrated by the U.S. government’s decision to impose tariffs on Canadian aluminum and the uncertainty it creates for the sector.

“It’s very disheartening that the U.S. would take this action,” said Dennis Darby, chief executive of the Canadian Manufacturers and Exporters, which represents more than 2,500 manufacturers across the country.

“The last thing that any industry needs right now is extra costs.”

He fears the tariffs will have a negative impact on efforts to restore the Canadian and American economies in the wake of the COVID-19 pandemic and will drive up prices for consumers because aluminum is a key component of many manufactured goods and supply chains.

“Manufacturers are saying this is going to increase my costs because I’m not sure, in this COVID-19 environment, if prices can go up because consumer demand is so fragile right now,” said Darby.

“This puts a lot of uncertainty in the system.”

The Canadian aluminum industry employs about 10,000 workers and is the largest supplier of aluminum to the U.S, Darby said. Both countries’ supply chains are so integrated that the U.S. and Canada have no other choice but to work together.

Darby wants the tariffs to be removed, but was pleased that Deputy Prime Minister Chrystia Freeland said Aug. 7 that if they aren’t, Canada will retaliate with $3.6 billion in import tariffs that will match the U.S. ones dollar-for-dollar.

Golf clubs, bicycles, washing machines, tripods, sports equipment such as bats and hockey sticks and embossed aluminum cans for use in the packaging of beverages are among the dozens of items on which Canada is considering imposing a tariff.

The main victims of the U.S. import tax will be consumers of goods ranging from cars to refrigerators to airplane parts, as well as the “mom-and-pop shops” south of the border that process Canadian aluminum into components and products, said Jean Simard, head of the Aluminium Association of Canada.

“We find that we’re playing in an old movie with old actors, one of which has only one role in mind, and it’s creating chaos around him. It’s the wrong thing at the wrong moment for the wrong reason on the wrong people,” Simard said.

“We’re barely making it through the health crisis, the recession. Now value chains are totally disrupted… and for no reason other than shoring up votes to be re-elected.”

Luke Chapman, the interim president of Beer Canada, is worried about beverage cans making the list of potential retaliatory tariffs.

His organization represents about 50 brewers that produce 90% of the beer made in the country and many have been hard by COVID-19.

As bars and restaurants remained closed, he said Canadians were drinking more at home and some brewers faced lower profits and shortages of cans.

Many brewers still haven’t recovered, but now have the threat of tariffs to contend with, he said.

“Our brewers source beer cans from both Canada and the U.S. suppliers, but there are certain can types, particularly the 473-millilitre can size, which has become quite popular and that can only be sourced from the United States,” he said.

“Ironically, a lot of those cans made in the U.S. are made with raw aluminum from Canada, so in a roundabout way this will have a negative impact on Canada and that is not even taking into account the retaliatory measures Canada will impose.”

Canada responded with tariffs on hundreds of U.S. products including ketchup, coffee, strawberry jam and whisky before the two countries dropped their dispute and agreed to a new North American free trade deal, which took affect last month.

This new round of tariffs coming so soon after the last ones were dropped makes the situation particularly worrisome, said Werner Antweiler, an associate professor at the University of British Columbia’s Sauder School of Business.

“Reimposing aluminum tariffs on Canada would be another nightmare in the fraught trade relationship between our two countries,” he said in an email. “We had thought the issue was settled.”

Trump said Aug. 6 that he was re-implementing tariffs because there was a surge in aluminum exports from Canada to the U.S. in recent months, but Antweiler said industry organizations have debunked the allegation.

He called Trump’s move “spurious and devoid of basis in fact” and said it is simply a measure meant to influence the forthcoming U.S. presidential election.

The real people it will influence, however, are workers.