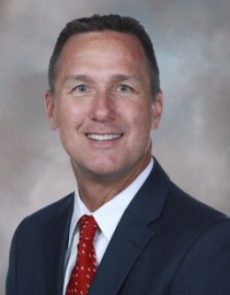 Buzzell is a 17-year Ford veteran, who currently, serves as general manager for the western market area in the U.S. PHOTO: Ford Canada

OAKVILLE, Ont.—After five years at the head of Ford Motor Company of Canada Ltd., CEO Dianne Craig is departing for a new role with the automaker south of the border.

The company announced Nov. 17 Craig will be appointed U.S. Director of Sales for the American automaker effective Jan. 1, while Mark Buzzell will take over the top spot at the company’s Canadian subsidiary.

“I look forward to joining Ford of Canada’s winning team to lead the company’s efforts to be the most trusted and admired automotive brand in the country,” Buzzell said in a statement.

In other Ford news: automaker flouts Trump, reiterating plan to move small car production to MexicoBuzzell is a 27-year Ford veteran who has held a number of marketing, sales and service positions with the company across the U.S., Caribbean and in Central America. Currently, he serves as general manager for the western market area in the U.S.

To coincide with Craig’s departure, Buzzell will take over as CEO Jan. 1.