Ferrari unveiling its fastest car ever in Switzerland this month

The 812 Superfast, a boutique performance car with a V12 engine, will make its debut at the Geneva International Motor Show in mid-March 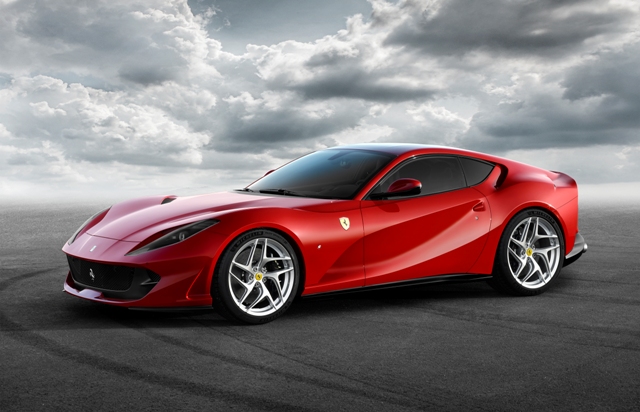 The 812 Superfast is being launched in a special color, Rosso Settana, which commemorates Ferrari’s 70 year history. PHOTO: Ferrari

MARANELLO, Italy—Ferrari has selected the 87th Geneva International Motor Show, an event being held from Mar. 9 to 19, for the world premiere of the 812 Superfast, the most powerful and fastest Ferrari in the company’s history.

The 812 Superfast is powered by a 6.5-litre V12 engine and can reach a maximum power output of 8,500 rpm. No other front-engine production car has come close to this output. The engine performance is possible because of a 350 bar direct injection system, paired with variable geometry intake tracts.

The 812 Superfast’s dual-clutch transmission has specific gear ratios which, combined with shorter up and down shifting times between gears, sharpen throttle response.

This is the first Ferrari to sport Electric Power Steering, which is used to make its powerful performance easier to handle. The vehicle controls also feature, for the first time, the Virtual Short Wheelbase 2.0 system, which improves the nimbleness of the handling and reduces vehicle response times even further.

The 812 Superfast has a classic look, inspired by 1969’s 365 GTB4, and it is being launched in a special new color, Rosso Settana, which marks the company’s 70th anniversary.